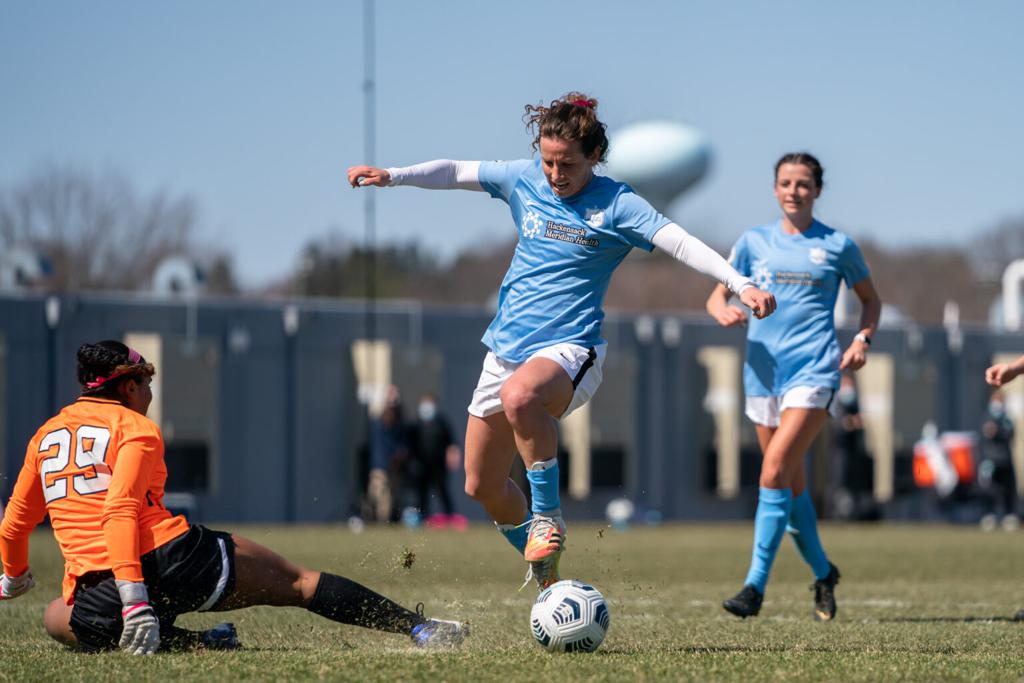 Sky Blue FC picked up another preseason victory today with a 4-0 win over the University of Virginia Saturday afternoon in a closed door match. Four different Sky Blue FC players found the back of the net, while captain McCall Zerboni notched a pair of assists. This victory follows a win over James Madison University on March 7 that resulted in a 6-0 victory.

“Virginia presented a great challenge for us today with high pressure from the start,” said Head Coach Freya Coombe. “We are pleased with our ability to build on another clean sheet, put away some goals, and are looking forward to our next preseason challenge.”

“We have been doing a lot of intra-squad play this year so testing ourselves against a solid UVA team was really important for us,” stated midfielder Nicole Baxter, who notched her first goal of the preseason. “It was cool for me to get on the score sheet, but ultimately it was a result of great team defending and I am just really proud of how we got better and better on our defensive press throughout the game.”

13’ In spite of a slow start, Sky Blue was able to get on the board first with a counter-attack that saw captain McCall Zerboni slot a ball through the middle of the field to an on-rushing Ifeoma Onumonu who deftly sent her low shot into the back of the net.

24’ Defender Imani Dorsey stepped up for a corner kick from the left side of the field that found its way into traffic, where Zerboni was able to get a flick on the ball. Defender Mandy Freeman was there on the backside of the goal to slot it home for a 2-0 lead.

59’ In a solo feat, midfielder Nicole Baxter charged the UVA goalkeeper as she was attempting to the send the ball up field. Baxter deflected the ball off her core and was able to chase it down to tap it into the open net from short range.

83’ Midfielder Sodam Lee played a ball behind the backline to Elizabeth Eddy, who rounded the goalkeeper to slot home the final goal of the match.

Sky Blue FC is traveling to take on the Washington Spirit in a closed door preseason match next Sunday, March 28. The 2021 NWSL Challenge Cup begins on April 9 and a 24-match season kicks off on May 15. Digital Memberships are on sale now here. Season Ticket Memberships will be available at a later date.