NJ/NY Gotham FC Draws On the Road Against Washington 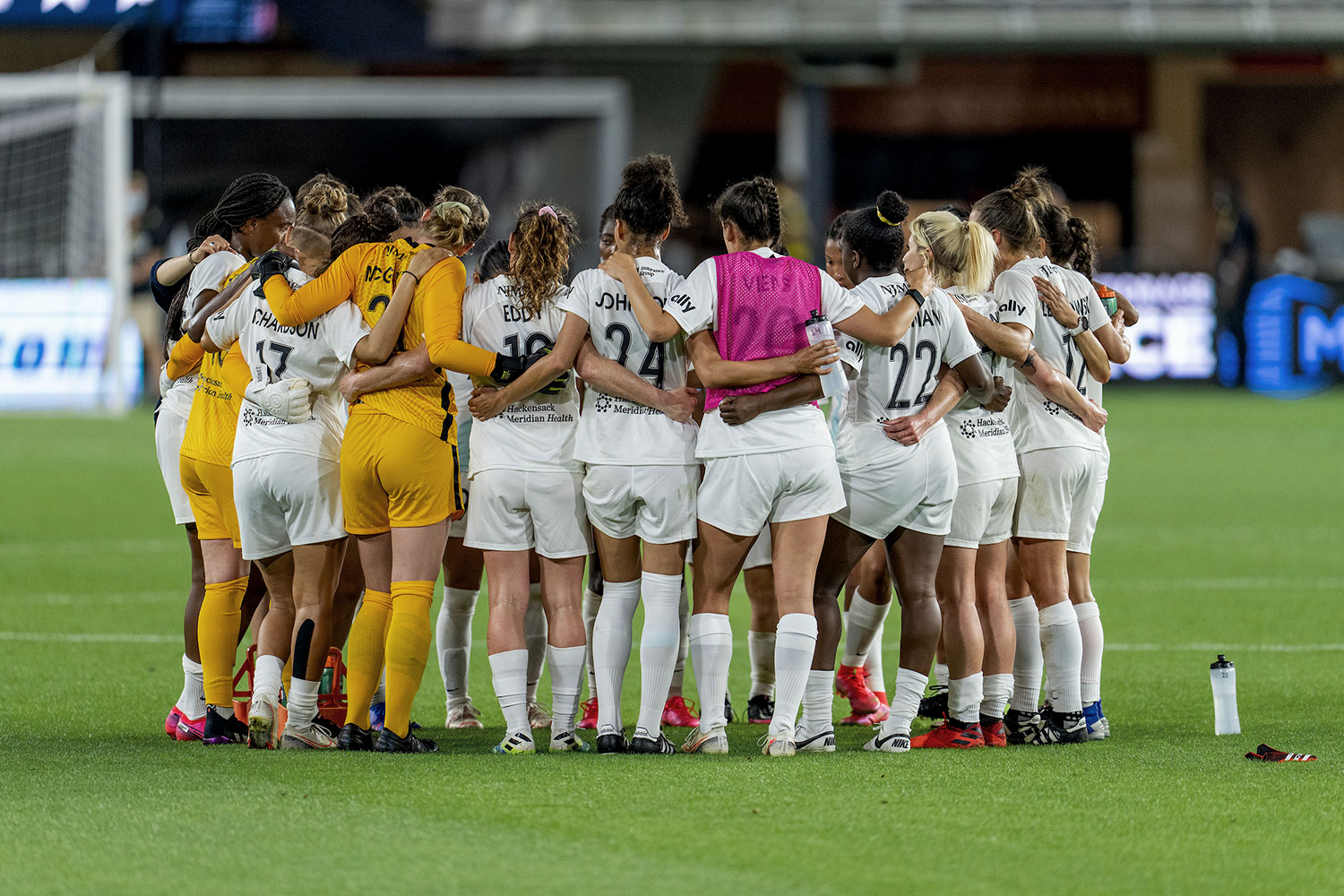 WASHINGTON, D.C. (April 27, 2021) – NJ/NY Gotham FC (2-0-1, 7 pts) were unable to penetrate a resilient Washington Spirit (1-2-1, 4 pts) defense on Tuesday night at Audi Field. The teams played to a scoreless draw and the point on the road was enough to keep Gotham FC atop the table in the Eastern Division.

Similar to previous matches between the two teams, the campaign was a tightly contested affair. Gotham FC had some early chances in the first half including a shot off the post from Midge Purce, but was never able to find the back of the net. The team struggled to connect passes through Washington’s organized defense and be clinical in the final third when the opportunities arose.

Washington dominated possession throughout most of the match and continually demanded answers of Gotham FC’s defense. Centerbacks Gina Lewandowski and Estelle Johnson were bright spots in the match, defending with composure and working to keep Washington’s scoring threat of Trinity Rodman, Ashley Sanchez, Kumi Yokoyama, and Ashley Hatch out of goal. In one of the best scoring opportunities of the match, Hatch nearly broke the deadlock in the 50th minute with a header that rattled the woodwork. Gotham FC goalkeeper, Didi Haracic, put forth another solid performance, earning her second shutout of the Challenge Cup. She ended with four saves on the night.

“We knew it wouldn’t be easy coming here. We didn’t have as much possession or quality of possession as we would’ve hoped, but to walk away with a clean sheet, a point and our position in the table, we’re still in a good place going into our final game. We’ve shown that we’ve got some really good moments when we’re firing and I think it’s just having that demand of greater consistency amongst the cohesion of the players.”

With a spot in the NWSL Challenge Cup Final on the line, Gotham FC control their own destiny as they return home on Sunday, May 2 to take on expansion club Racing Louisville FC at MSU Soccer Park. The sold-out match is set to kickoff at 12:30 p.m. ET and will be streamed live on Paramount+. A win and 3 points would put Gotham clear into the Final. Depending on the outcome of the North Carolina Courage v. Orlando Pride match Saturday night, a tie could also see Gotham into the Championship.