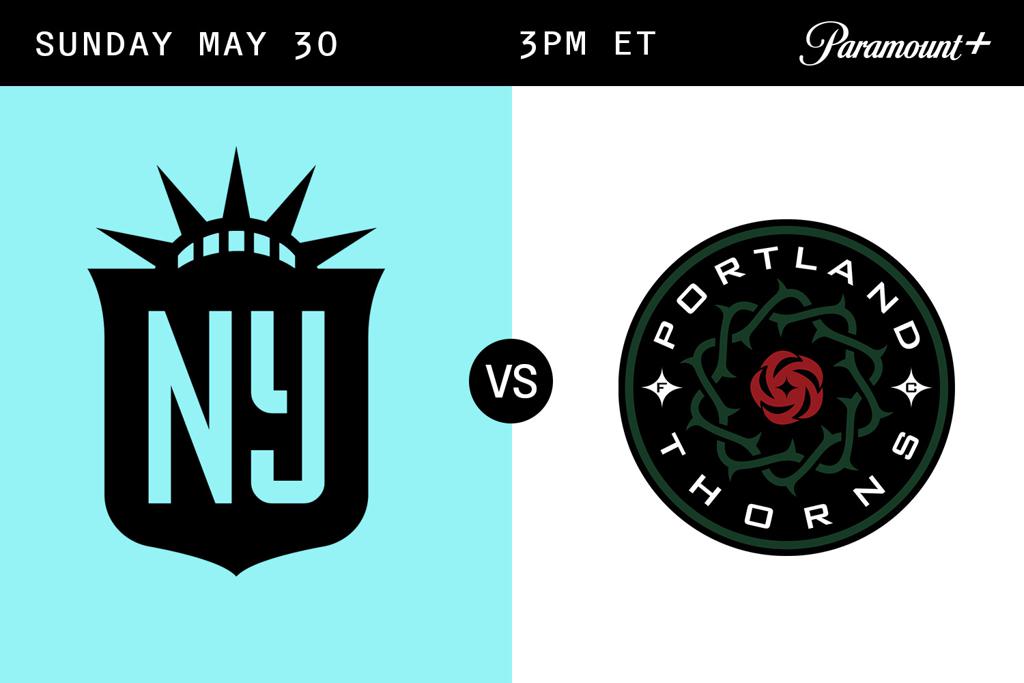 NJ/NY Gotham FC faces Portland Thorns in a 2021 Challenge Cup Final rematch on Sunday, May 30 at Red Bull Arena. In celebration of Asian American and Pacific Islander Heritage month, the match will be presented by Welcome to Chinatown, a grassroots initiative to support Chinatown businesses and amplify community voices in one of New York City's most vibrant neighborhoods. The action kicks off at 3:00 p.m. ET and will be streamed on Paramount+ (U.S.) and Twitch (international).

Gotham FC jumps right back into action this week after playing to a scoreless draw against the Red Stars last Saturday at SeatGeek Stadium. Despite no goals being scored, the match certainly had its chances from both teams. Gotham FC managed to hit the crossbar twice, denying what would have been brilliant goals from Carli Lloyd and Evelyne Viens.

Budweiser Player of the Match Allie Long was instrumental in the team’s midfield distribution. She logged a full 90 minutes against Chicago and completed 69 of 73 passes, an accuracy of 94.5%. It was the highest completion percentage for a Gotham FC player that attempted more than 70 passes in a match since Christie Pearce (81/84 – 96.4%) against FC Kansas City in July 2017.

Gotham FC's defensive efforts were once again critical to the team's success. The Red Stars' chances on target outpaced the visiting team 5/0 and their high press consistently tested Gotham FC’s back line throughout the match. As in previous matches, Gotham FC’s organized defense carried the team to another shutout, its fifth in the last seven matches. Goalkeeper Kailen Sheridan came up with five crucial saves en route to her second clean sheet of 2021.

The Portland Thorns enter tomorrow’s match on the tail end of a two-game road stretch looking to get back on track after falling to OL Reign 2-1 in the Cascadia Rivalry at home last Sunday and a 2-1 loss at Orlando on Wednesday night. Simone Charley scored the lone goal for the Thorns in the 42nd minute to bring the game level in Orlando, but the Pride would regain the lead immediately at the start of the second half. The characteristically high-powered offense that sits atop the league leaderboard in goals scored, shots taken, and shots on goal has generated only two goals in the last two matches. Veteran Christine Sinclair leads the team with three goals followed by Sophia Smith with two. Morgan Weaver adds to their offensive depth with two assists in 2021 so far.

If the 2021 Challenge Cup Final is any indication, the rematch between these two teams should be a tightly contested affair. Following the match on Sunday, Gotham FC will be back at Red Bull Arena on Saturday, June 5, taking on the visiting OL Reign at 7:00 p.m. ET. Single, group and season ticket memberships are now on sale and pricing details can be found here.