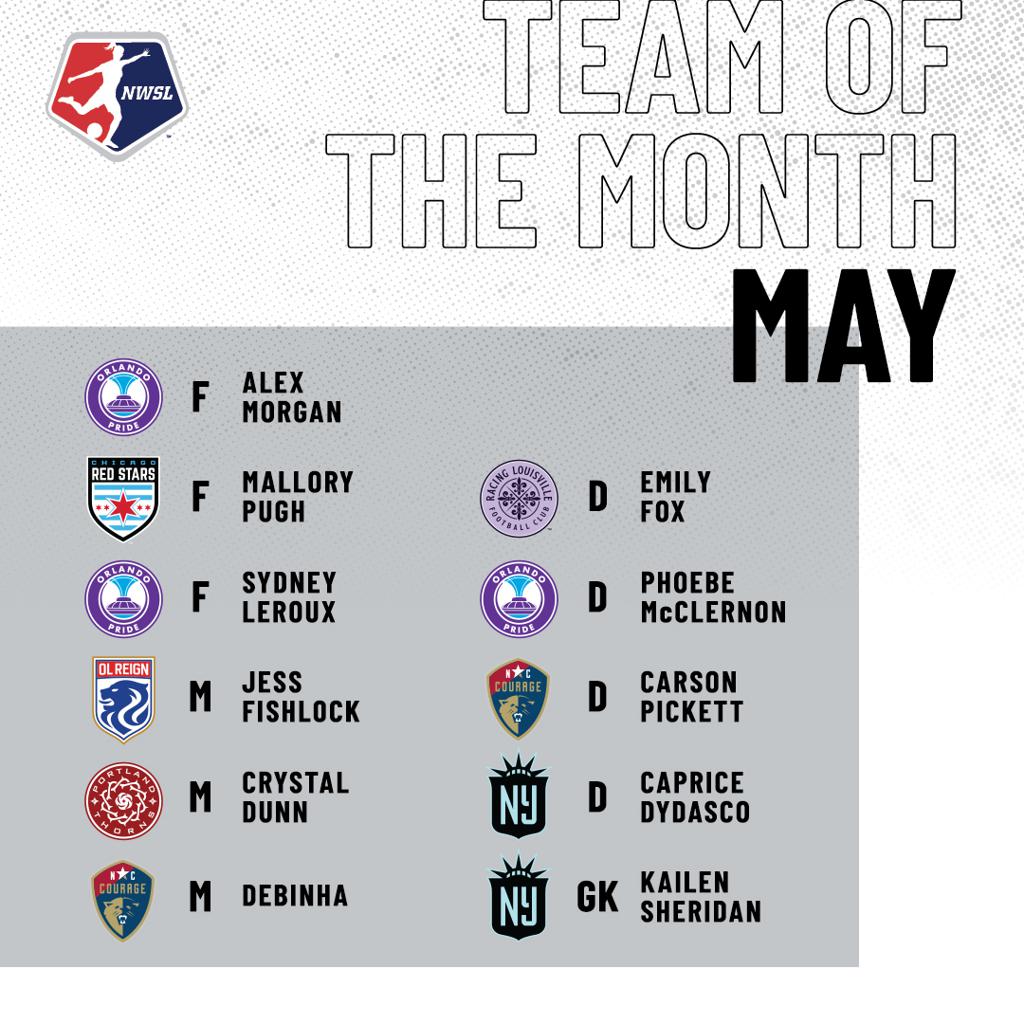 HARRISON, N.J. (June 3, 2021) – The National Women’s Soccer League announced today the eleven players named to the Team of the Month for the month of May by the NWSL Media Association. Among the players named were goalkeeper Kailen Sheridan and defender Caprice Dydasco. Gotham FC was one of three teams to receive multiple roster selections for the month.

GK – Kailen Sheridan (NJNY): Starting all three of NJ/NY Gotham FC’s games in May, Sheridan posted two shutouts and saved 94 percent of the shots she faced across the trio of matches, collecting a 2-0-1 ledger across the month.

D – Caprice Dydasco (NJNY): Dydasco was rock solid in Gotham FC’s back line, appearing in every game and successfully winning over 60 percent of her tackles while garnering an 83 percent pass rating.

Gotham FC is back in action against another Team of the Month selectee Jess Fishlock and OL Reign on Saturday, June 5 at Red Bull Arena. Kickoff is set for 7:00 p.m. ET and the match will be streamed on Paramount+ (U.S.) and Twitch (international). Single, group and season ticket memberships are now on sale and pricing details can be found here.