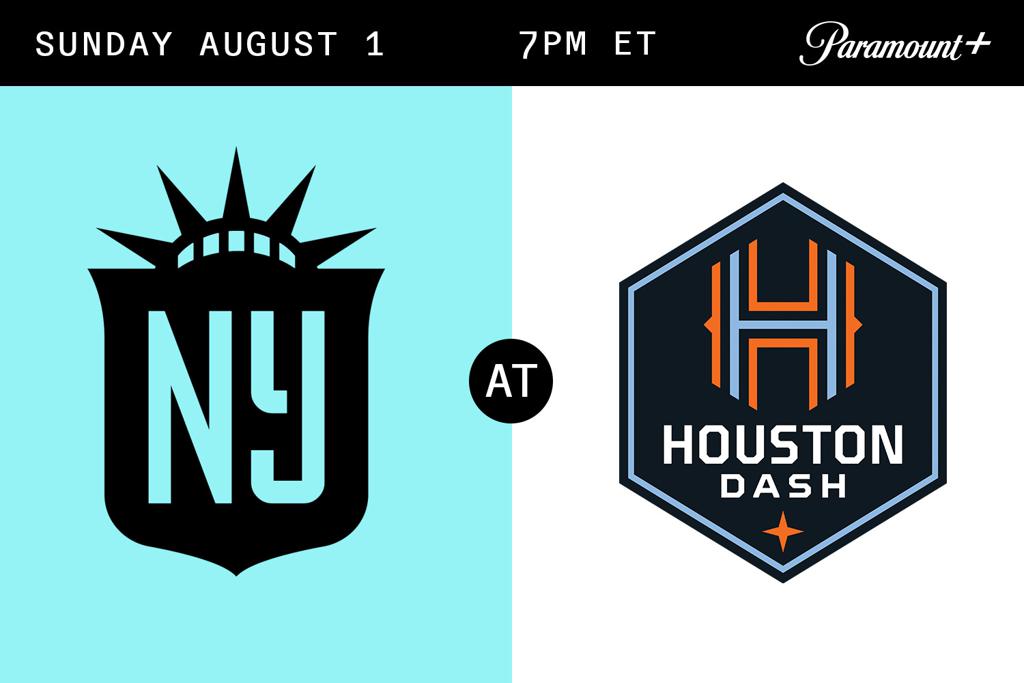 NJ/NY Gotham FC travels to BBVA Stadium this Sunday, July 25, to take on the Houston Dash. Kickoff is set for 7:00 p.m. ET and the match will be streamed on Paramount+ (U.S.) and Twitch (international).

Gotham FC enters Sunday’s match following a 2-1 victory at home over the Chicago Red Stars. The match saw a little of everything with three goals, a penalty kick, and a red card. Allie Long scored her first goal of the season just moments before the half and Margaret Purce followed up in the second half by converting a penalty kick to add to the lead. A professional foul committed by Bianca St. Georges late in the match that resulted in a red card that gave Gotham FC the advantage on which the team was unable to capitalize. Instead, Makenzy Doniak salvaged a stoppage-time goal for Chicago in the dying seconds of the match to spoil the clean sheet.

Budweiser Player of the Match Gina Lewandowski played a pivotal role in the team's victory. The veteran center back played the full 90+ minutes and led the team in almost all defensive categories. Lewandowski made four tackles, nine clearances, six interceptions and won 100% of all the duels she faced while maintaining over an 80% passing accuracy.

The Houston Dash are coming off a 0-1 loss at home against the league leaders, the Portland Thorns. The game-winning goal came less than a minute into the match when Simone Charley forced a turnover from Houston and found Sophia Smith at the top of the box who beat two defenders before slotting it home with her left foot. After the early goal, the game turned into a battle in the midfield and despite Houston’s efforts, they were unable to find the equalizer.

Sunday’s match will be the second time these two teams meet this season with the first being Gotham FC’s home opener on May 15th at Red Bull Arena. Gotham FC took the three points on that occasion after a goal in the 30th minute from Margaret Purce, who made a run down the right side, got the ball inside the box, dribbled past her defender and buried a low-driven shot to beat Jane Campbell.

"The team has had a great week at training heading into this Houston game. We are really focused on building upon the momentum from the last two wins and continuing to pick up points on the road. We have scored five goals in the last two games and know that to be successful we have to continue to score goals and not just rely on our strong defensive record."

Following Sunday’s match, Gotham FC will return home to take on the North Carolina Courage at Red Bull Arena on Saturday, August 7 at 7:00 p.m. ET. The team will remain at home the following week to face Racing Louisville on Sunday, August 15 at 5:00 p.m. ET. Single and group tickets are now on sale and pricing details can be found here.