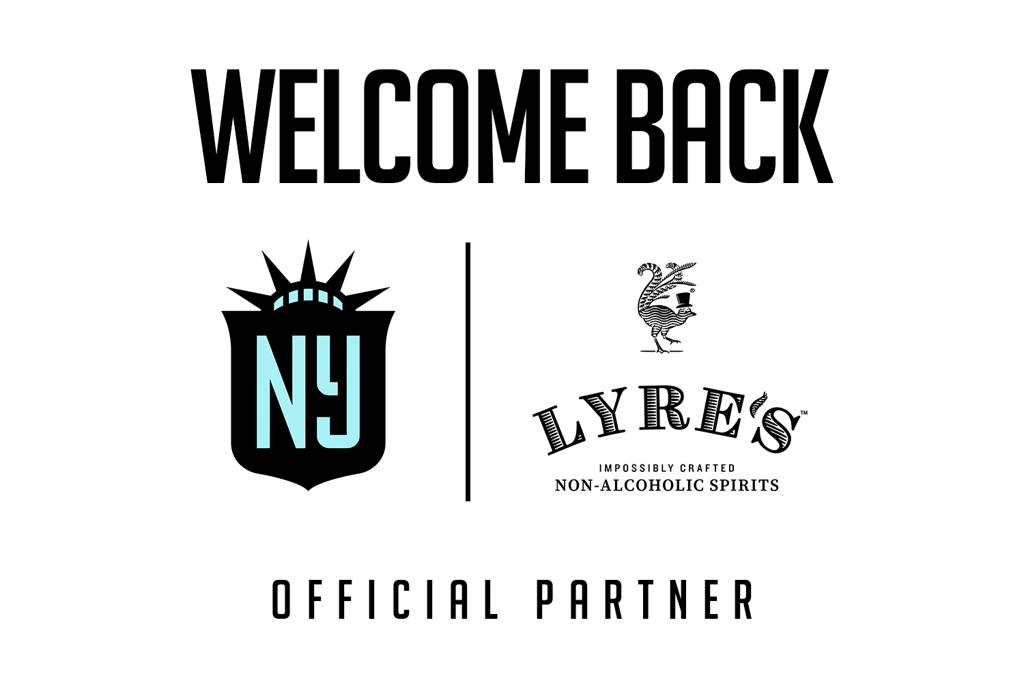 NJ/NY Gotham FC announced that the world’s most awarded portfolio of alcohol-free spirits, Lyre’s Non-Alcoholic Spirits, has returned for a second year as a partner through November 2021.

“We’re thrilled to partner with Lyre’s for a second year in a row,” said Vice Chair and Owner Ed Nalbandian. “They are an award-winning brand and we look forward to collaborating with them on fun, creative ways to engage our fans.”

“Lyre’s, Gotham FC, and the National Women’s Soccer League share a mutual interest in promoting a health-conscious lifestyle,” says Mark Livings, CEO and co-founder of Lyre’s Non-Alcoholic Spirits. “New York was one of the first American markets to embrace the Lyre’s collection and we look forward to introducing our collection to soccer fans as an option to drink responsibly. We look forward to the return to live sports events, and plan to expand our offerings to feature a non-alcoholic cocktail bar and VIP offerings during home games at Red Bull Arena.”

Lyre’s will have an on-site digital presence at all Gotham FC home matches at Red Bull Arena and will be the presenting sponsor for two away game digital tailgates. As a unique part of the partnership, Lyre’s will create a signature Gotham FC cocktail for fans to enjoy that will be available for purchase on the club’s website in the near future.

NJ/NY Gotham FC was a 2021 Challenge Cup Championship finalist and has only recorded two losses in twelve regular season matches this season. The team faces off against expansion side Racing Louisville FC at Red Bull Arena this Sunday, August 15 at 5:00 p.m. ET. Single and group tickets are on sale and full pricing details can be found here.

ABOUT NJ/NY GOTHAM FC
Originally named Sky Blue FC, the Club underwent a major rebrand in April 2021 and officially changed its name to NJ/NY Gotham FC. Representing New Jersey and New York, the Club plays its National Women’s Soccer League home matches at Red Bull Arena in Harrison, NJ. The Club has been part of the NWSL since the league launched in 2013. Founded in 2007, Gotham FC originally debuted as Jersey Sky Blue in the W-League of United Soccer Leagues. The Club won its first trophy as Sky Blue FC in 2009 after winning the inaugural Women’s Professional Soccer championship. Most recently, Gotham FC played in the 2021 Challenge Cup Final against the Portland Thorns, the Club’s first ever championship appearance in NWSL competition.

ABOUT LYRE’S NON-ALCOHOLIC SPIRITS
Launched in Australia in July 2019, Lyre’s Non-Alcoholic Spirits is a range of 11 alcohol-free classic spirits, created using a unique understanding of food science and flavor architecture. The brand was created and founded by EY Entrepreneur of the Year Finalist, Mark Livings with the mission to provide an alternative to those who do not wish to imbibe alcohol without sacrificing the flavors of their favorite spirits. Lyre’s is the most decorated non-alcoholic spirit brand globally, receiving 11 medals at the 2020 San Diego International Wine & Spirits Challenge and 10 awards at the 2020 San Francisco World Spirits Competition. The collection was also honored at the 2019 SommCon’s Concours d’Spirits competition presented by Somm Journal, where Aperitif Rosso received a double gold when tasted against its alcoholic counterparts. Lyre’s is currently available in Australia, New Zealand, the United States, the United Kingdom, Hong Kong, Singapore, and throughout Europe. For more information, visit www.Lyres.com and follow the brand on Instagram at @LyresSpiritCo.