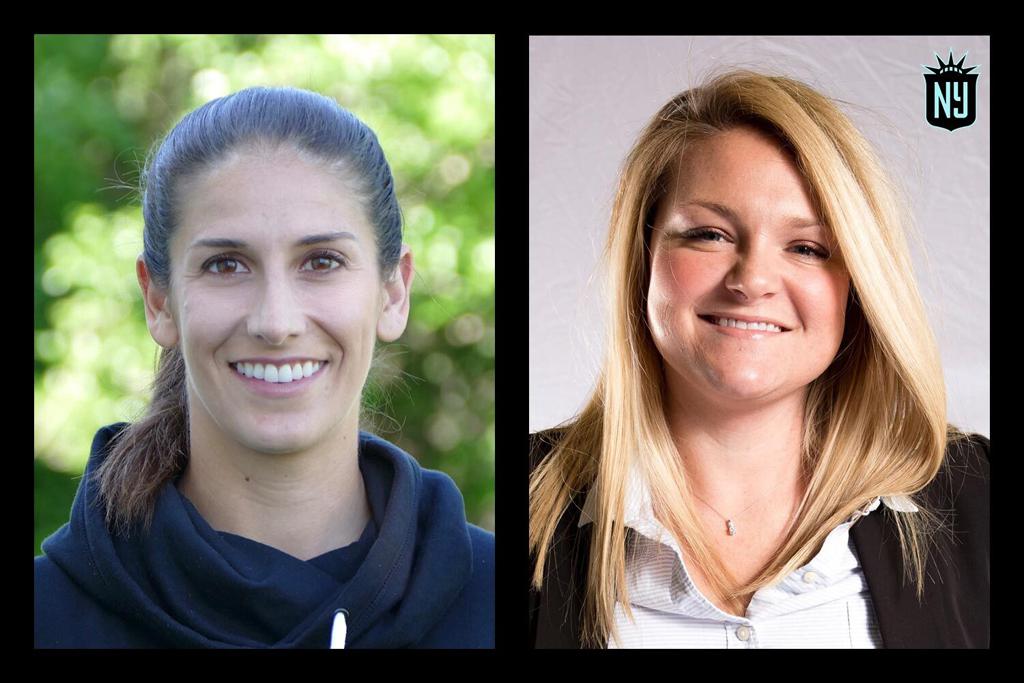 “Yael and Stephanie have done so much for our club in such a short period of time,” said Gotham FC Chair Tammy Murphy. “They were instrumental in leading us to one of our most successful seasons in club history, and ownership is confident they will build on that success in 2022. The future is bright for Gotham FC, and I hope our fans are very excited about what we’re building here."

Born in Montclair, NJ, Averbuch West was the first college draft pick in Gotham FC (then Sky Blue) history in 2009. That same year she helped the team win the Women’s Professional Soccer championship and proceeded to make 26 appearances for the United States Women’s National Team. She played professional soccer for more than 10 years with various clubs in the U.S. and overseas.

In 2017, Averbuch West helped create the NWSL Players Association and served as its President until her player retirement in 2019. In 2020, she was named Executive Director and served as the Chairwoman of the NWSLPA’s Advisory Board. She currently serves on the NWSL’s Collective Bargaining Agreement Committee and is the first former USWNT player to be named General Manager in NWSL history.

"This organization has made dramatic improvements on and off the field in a few short years,” said Averbuch West. “I’m honored that ownership has given me the opportunity to continue the transformation of my hometown club into the preeminent destination for players, executives, coaches, and staff.”

Lee, an accomplished front office executive, began her NWSL career in 2015 with Seattle Reign FC (now OL Reign) as a Team Administration Manager. She spent three years in Seattle, receiving multiple promotions until she was named Director of Operations in October 2016.

In 2018, Lee joined Utah Royals FC (now the Kansas City Current) as Managing Director and was promoted to General Manager the following year. During the height of the COVID-19 pandemic in 2020, Lee spearheaded the Royals and NWSL’s efforts to host the inaugural Challenge Cup in Utah. Thanks to her leadership, the NWSL became the first professional sports league in North America to return to play and the first to host an entire tournament without a single positive COVID result.

“I’m grateful for the opportunity to help lead this club to the next, bright chapter,” said Lee. “Our goal is to continue developing this club’s infrastructure and turn Gotham FC into a pipeline for the next generation of NWSL leadership. I’m humbled to have the chance to help lay that foundation.”

“This is the right move for Gotham FC and the NWSL,” said Gotham FC Vice Chair Ed Nalbandian. “Yael has not only established herself as a leader for Gotham FC, but also as a leading voice in the league’s CBA negotiations. And Stephanie has done a tremendous job supporting the soccer and business side of the club, including updating our policies and procedures to be aligned with best practices. It’s been a pleasure to work with Yael and Stephanie the past several months, and I’m excited to have the opportunity to continue to work with them as we look to take the club to another level.”