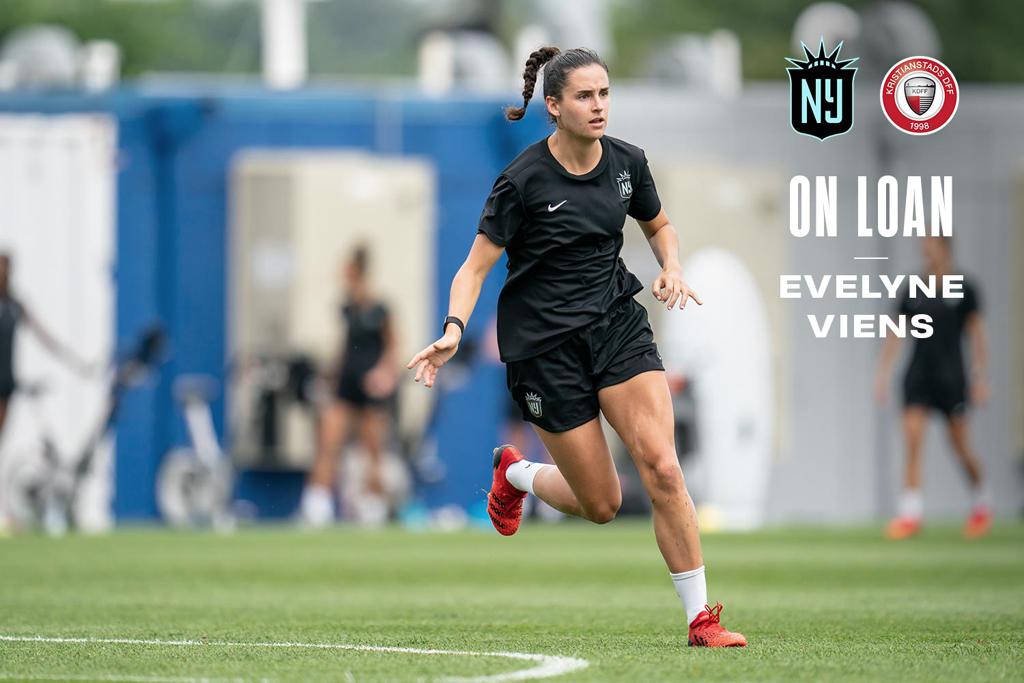 NJ/NY Gotham FC of the National Women’s Soccer League announced today that forward Evelyne Viens has been loaned to Kristianstads DFF that competes in Sweden's top-division women's league, Damallsvenskan. The loan will extend through the duration of the 2022 NWSL season.

“We are excited for Evelyne to play in a competitive environment where she can continue to grow as a player,” said General Manager Yael Averbuch West. “This is a great opportunity for her to earn solid playing minutes. We wish her the best of luck in Sweden and look forward to following her progress.”

Viens, 24, was selected 5th overall in the 2020 NWSL Draft after a standout career at the University of South Florida where she became the highest scorer in school history. She made her debut with Gotham FC in the 2020 Challenge Cup and was subsequently loaned to Paris FC of Division 1 Feminine in France, netting 11 goals in 14 appearances.

During the 2021 NWSL regular season, Viens made 13 appearances and collected three assists. She notably scored the game winning goal in the dying minutes of the match against the North Carolina Courage in the 2021 Challenge Cup that kept Gotham FC atop the East Division table.

The Canadian international’s year was highlighted by making her debut at the Olympic Games in Tokyo. She came on as a substitute in two matches en route to Team Canada’s first ever Olympic Gold.

“I’m grateful for the opportunity to play overseas and continue to develop,” said Viens. “I look forward to being back on the pitch.”