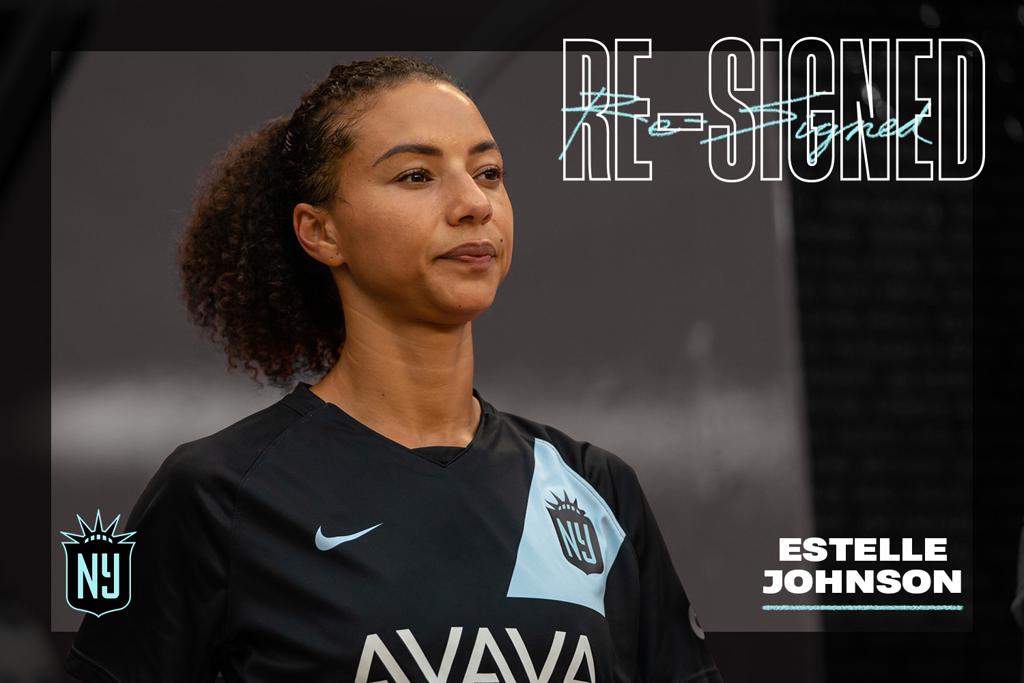 NJ/NY Gotham FC of the National Women’s Soccer League announced today that center back Estelle Johnson has signed a new deal that will keep her with the club though the 2022 season with the option for an additional year. She was originally acquired by Gotham FC in a trade with the Washington Spirit in 2019.

“Estelle is such a reliable presence on the back line and we are thrilled to welcome her back for 2022,” said Assistant General Manager Stephanie Lee. “As a club, we conceded the second fewest goals in the league this season and Estelle played a big role in that defensive effort. Her experience and leadership are important as we continue to add pieces to this team.”

A veteran of the NWSL, Johnson gets set to embark on her tenth season in the league. Through nine seasons, the 33-year-old has accumulated 143 total appearances across all competitions and logged over 12,000 playing minutes. During the 2021 season, she recorded one assist and had a team high 29 blocks. Johnson won 70% of all duels in the air and maintained an impressive 87.4% passing accuracy while averaging 45 passes per match. She earned NWSL Team of the Month honors in September and was instrumental in keeping Gotham FC unbeaten throughout the month.

Representing Cameroon, Johnson was a fixture for the Indomitable Lionesses in the 2019 FIFA Women’s World Cup. She played every minute across three group play matches and the Round of 16 match against England.

"We have some unfinished to attend to," said Johnson. "I'm honored to continue representing Gotham FC and a city that is founded on pride and grit. I'm looking forward to connecting with returning and new players to win an NWSL title."