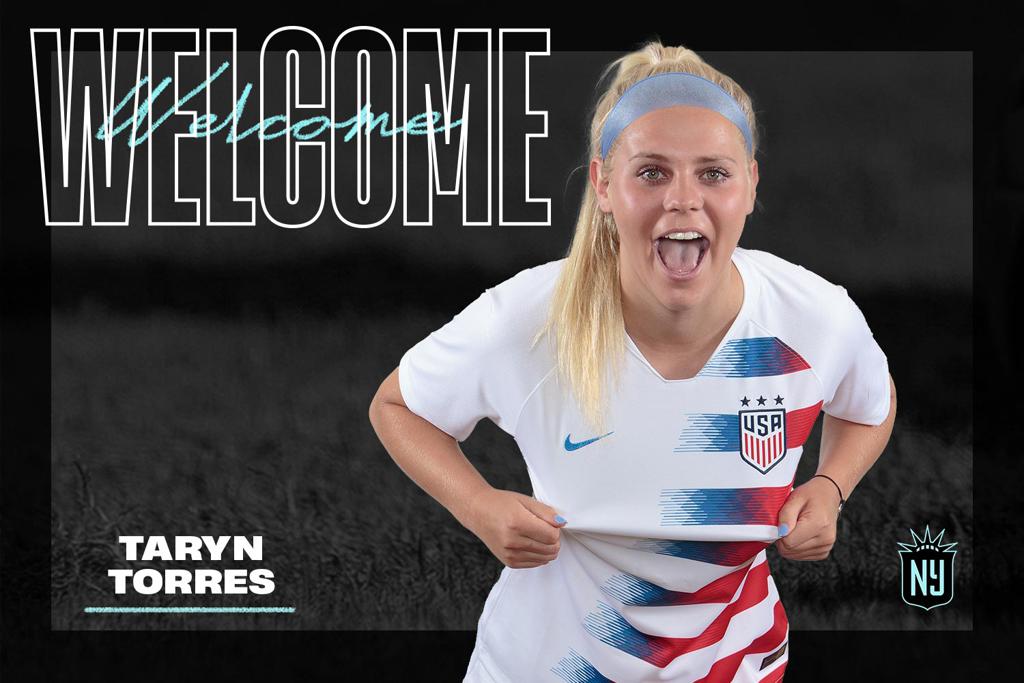 NJ/NY Gotham FC of the National Women’s Soccer League announced today that the club has signed midfielder Taryn Torres out of the University of Virginia to a one-year contract with the option for an additional year. Torres was selected 23rd overall in the 2021 NWSL Draft by Gotham FC (then Sky Blue FC) and opted to return for a fifth year.

“We are over the moon to have Taryn here with us at Gotham FC,” said Head Coach Scott Parkinson. “She’s a hard-working footballer who is extremely gifted on the ball. She has great vision and is someone who loves to get on the ball under pressure. That is a key quality of the midfielders we want at our club. I’m excited to see her on our team!”

A native of Frisco, Texas, Torres makes the transition to the professional ranks after five seasons with the University of Virginia under longtime Head Coach Steve Swanson. As a Cavalier, she started 93 of 100 total appearances, logged 7177 minutes, and tallied 14 goals and 14 assists. She was named to the All ACC Third Team in 2017, 2018, and 2021 and earned Second Team honors in 2019.

Not entirely a newcomer to the NJ/NY area, Torres was a fixture in the midfield for the Gotham Reserves in the Metropolitan Conference of the Women’s Premier Soccer League last summer. She helped the team win the conference with an impressive 9-0 record and outscore their opponents by a margin of 39-7. When she wasn’t representing the Reserves, Torres was able to log some invaluable minutes on the training grounds with Gotham FC.

“I am really looking forward to joining Gotham FC in 2022. I feel so grateful for the opportunity to work with this amazing club. I cannot wait to get started, work hard, and learn from the best.”