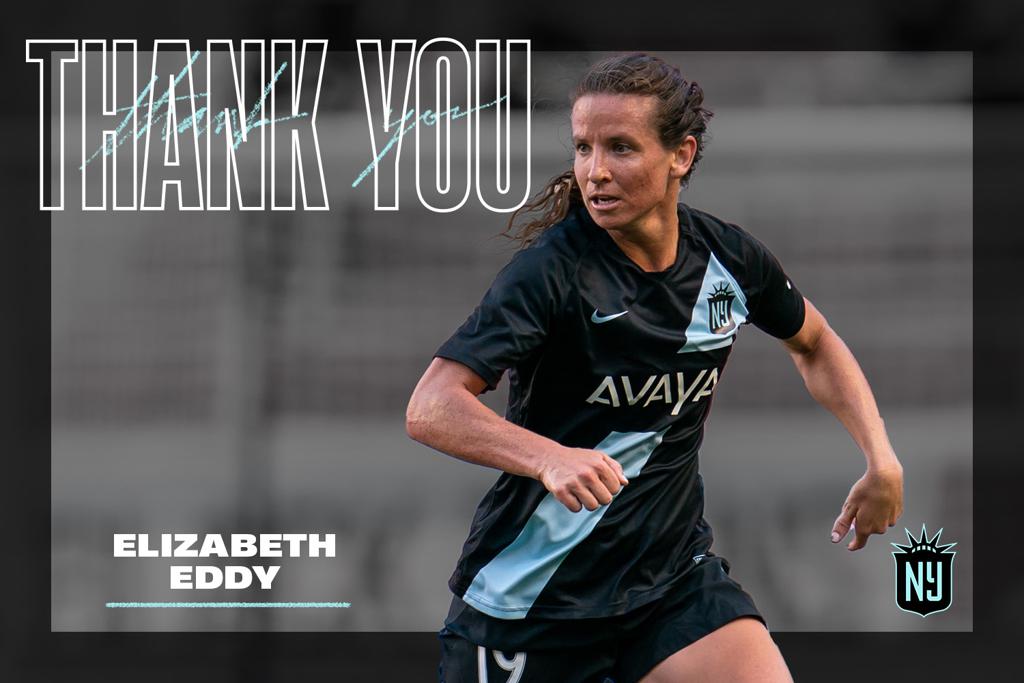 HARRISON, N.J. - NJ/NY Gotham FC of the National Women’s Soccer League announced today the trade of defender Elizabeth Eddy to the Houston Dash in exchange for their natural fourth round draft pick in the 2023 NWSL College Draft. Eddy, who has been in the NWSL since 2015, was put on loan with the Newcastle United Jets of the Australian A-League Women in November 2021.

“We feel that this trade is mutually beneficial in giving Houston an experienced, versatile player, with lots of energy, and also opening space on Gotham FC’s roster to move forward our vision for the future,” stated general manager Yael Averbuch West. “We are very grateful for Liz’s contributions to the Club, both on and off the field. We wish her all the best on her new journey.”

The Costa Mesa, California, native and former University of Southern California Trojan has been with Gotham FC since June 2019, when she was acquired from the North Carolina Courage via trade. Eddy had an impressive 2021 season, featuring in 17 games for the NJ/NY club logging over 500 minutes with an assist to cap off a fantastic campaign. Known for her distinct versatility, she was a constant contributor to the success of Gotham FC.

Gotham FC opens the NWSL Challenge Cup against the North Carolina Courage on Saturday, March 19, 2022. The match, to be hosted at Sahlen's Stadium at Wakemed Soccer Park, is slated for a 7 p.m. ET kick off.