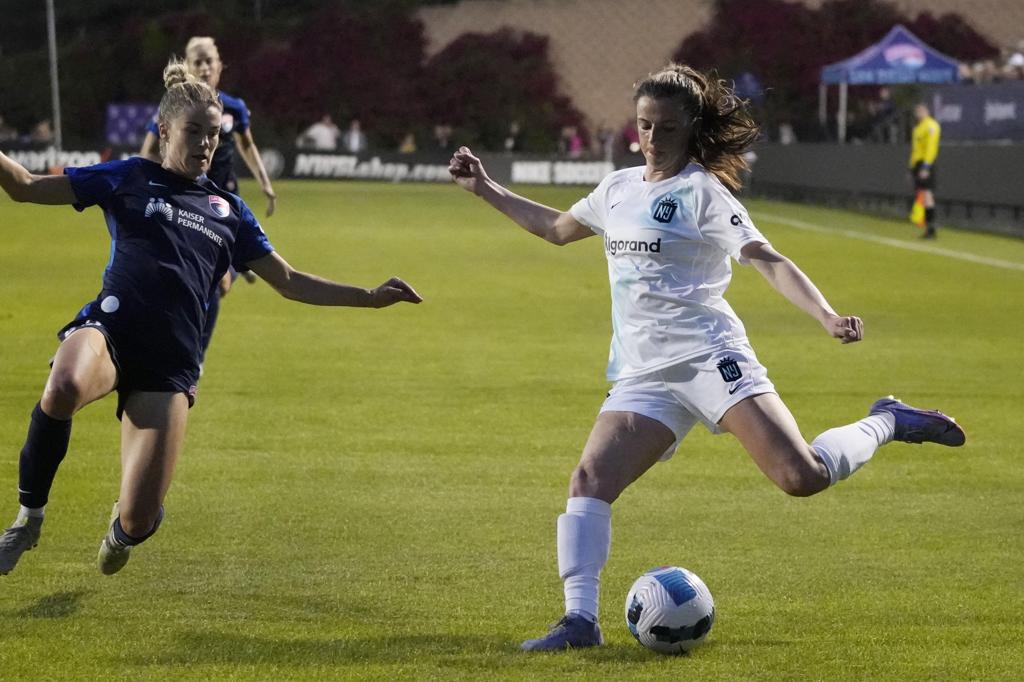 “Have to give a lot of credit to San Diego,” head coach Scott Parkinson said. “They were brilliant with what they do. On the first goal, we didn’t quite do enough to prevent it. And the it was a big game (for San Diego) and a big crowd for their home opener and it gave them momentum.”

Gotham FC (1-1-0, three points) started strong when Margaret Purce created a pair of opportunities in the opening 10 minutes. The dynamic forward found space inside just 36 seconds into the match that went high. In the eighth minute off a goal kick, Purce was left all alone to run down the left side. San Diego finally made up ground inside the 18 to deflect her try before it got to Kailen Sheridan in goal to keep things scoreless.

From there, it was the Wave that built momentum as the half progressed. Gotham FC stayed organized and defended well in the box, highlighted by a pair of goal line clearances from Estelle Johnson in the 21st and Caprice Dydasco in the 37th minute.

The Wave continued to knock on the door until a corner kick right at the 45-minute mark. The set piece pinballed around the box and went off the woodwork, but the ball went off a Gotham FC hand to lead to the penalty that Morgan was able to finish.

The match was bottled up for the first 15 minutes of the second. Cam Tucker got in for the club’s first shot attempt since Purce’s try in the eighth minute.

Morgan made it a hat trick in the 70th minute with a strong play to knock the ball away from a Gotham FC player and put one home. She later capped the scoring after a turnover in stoppage time to become just the third player in NWSL history to record four goals in a contest.

Gotham FC will host the North Carolina Courage on Saturday, May 14 in its regular season home opener at Red Bull Arena. Kickoff is slated for 7 p.m. ET and can be seen live on Paramount+ in the U.S. and on Twitch internationally.