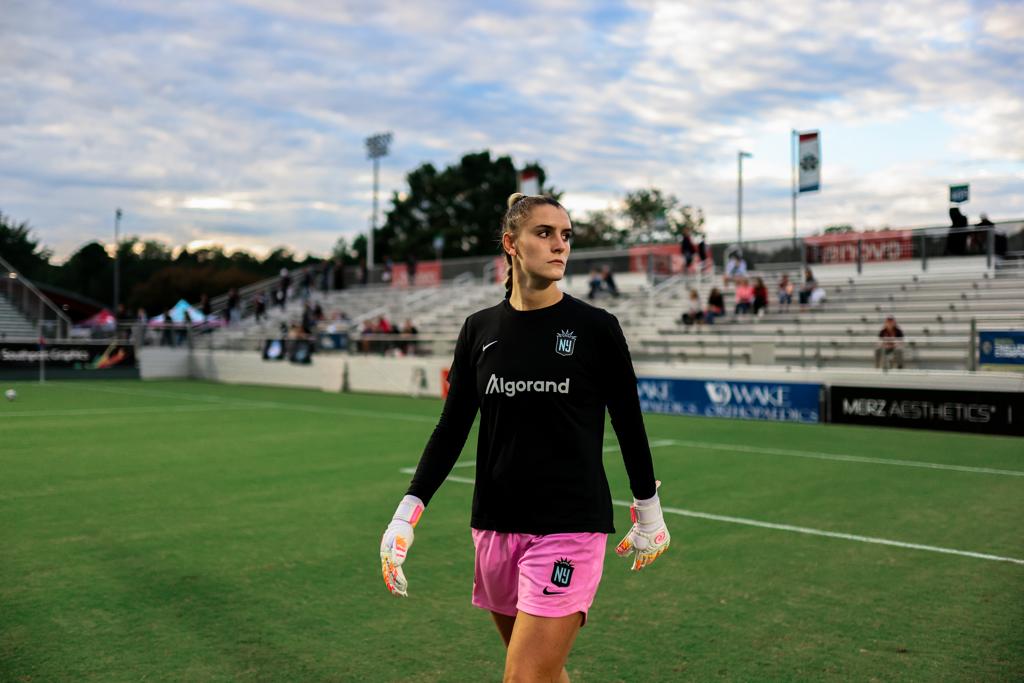 HARRISON, N.J.  – Gotham FC is proud to announce that goalkeeper Hensley Hancuff will be joining Brisbane Roar FC on loan for the 2022-23 Liberty A-League season in Australia. Hancuff will join the Queensland-based club in November and is expected to rejoin Gotham FC for the 2023 NWSL season.

“I’m super pumped about this loan to Brisbane Roar FC for the next couple of months,” said Hancuff, who turned 22 in August. “I’m going to take full advantage of the opportunity to get some minutes under my belt and be a big leader on the team. I hope to fully immerse myself in the Australian culture while furthering my career on the field. Going on loan internationally is such a great tool for young athletes to use in order to build leverage and get playing time/film in order to come back to be successful, and who wouldn’t want to go play in another country in their ‘20s? I plan on putting my head down and working hard for Brisbane Roar FC with many goals for the team and myself for the A-League season. It’s going to be a ton of fun, and even though I will miss Gotham FC while I’m gone, I’m really looking forward to coming back and pushing for minutes next season to prove myself in the NWSL.”

Hancuff was selected by Gotham FC with the 34th overall pick in the 2022 NWSL Draft and spent this season developing with the club and learning from veteran Michelle Betos and two-time World Cup winner Ashlyn Harris. Gotham FC goalkeeping coach Brody Sams – a former coach with Roar FC – suggested the move.

“Hensley is a very dedicated athlete with great potential and we are excited for her to play important minutes for Roar FC to continue her development as a goalkeeper,” said Gotham GM/Director of Soccer Operations Yael Averbuch. “This loan is beneficial for Hensley, Roar FC, and our club. We will be following Hensley every step of the way in Brisbane, and we look forward to her return to Gotham FC next year.”

Hancuff started her college career at Villanova before transferring to Clemson, going a combined 29-13-4. Twenty of those wins came at Clemson, where Hancuff’s stellar play was pivotal as the Tigers made a run to the Elite Eight in the NCAA tournament in Spring, 2021.

“It is wonderful to be able to celebrate the signing of Hensley with our community," said Roar head coach Garrath McPherson. “She will be a commanding presence for our defensive line and a player who will add great value to our side. Her coaches at Gotham FC speak incredibly highly of her work ethic and character and we are all looking forward to having Hensley join the team and enjoy the Queensland way of life.