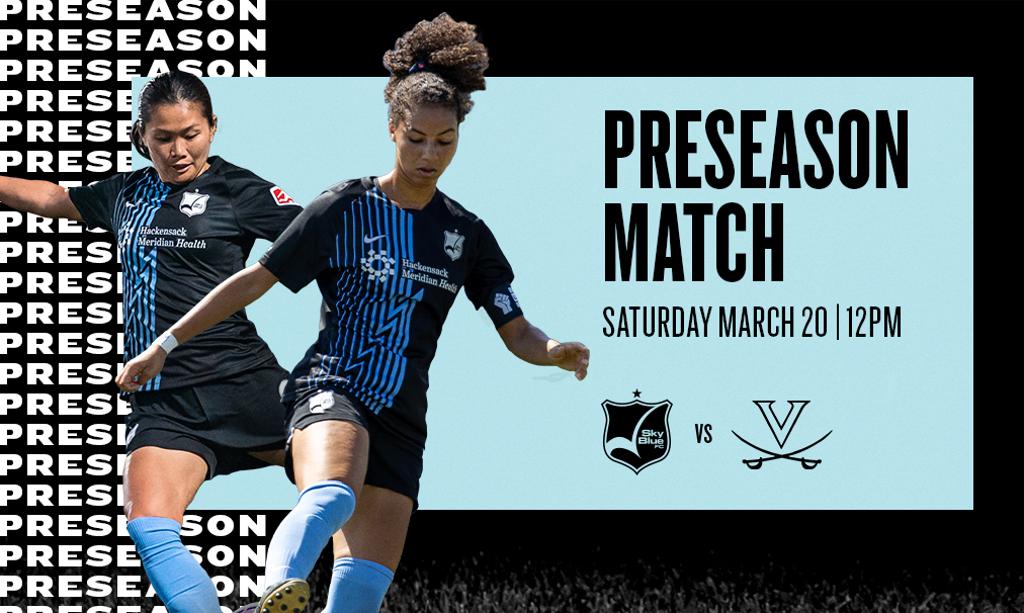 Sky Blue FC announced it is welcoming the University of Virginia for a 2021 preseason match this Saturday, March 20 at 12:00 p.m. ET. The match will again be closed-door with no spectators and held at Red Bulls Training Facility, the Official Home Training Facility of Sky Blue. The Club continues to utilize its preseason matches in preparations for the upcoming NWSL Challenge Cup presented by Secret Deodorant and the regular season that begins on May 15.

“Virginia is a tremendous college side so this gives us important competition prior to the Challenge Cup,” said General Manager Alyse LaHue. “After seven preseason weeks of almost entirely internal competition, this opportunity is a tremendous chance to assess our progress as a Club.”

UVA, a two-time ACC champion, has made the NCAA Women’s Soccer Tournament every year since 1994. The squad has started its 2020-21 season with a 2-0 record and will face James Madison University following this exhibition scrimmage.

Match details will be communicated via the Club’s website and social media platforms.