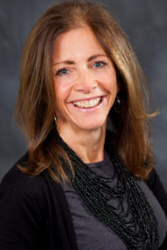 Tammy Snyder Murphy and her husband, Phil Murphy, have been owners of Sky Blue FC since the club’s founding in 2008. The Murphys have guided the club through its membership in multiple professional women’s leagues including, in 2013, when Sky Blue FC became a founding member of the National Women’s Soccer League.

Serving as Chair of the club, Tammy provides strategic guidance on operational issues and collaborates with management on key personnel decisions.

Over the years, Tammy has worked with non-profits, a think-tank, and other organizations focused on the environment, education, women’s health, the arts, and youth and family services. Tammy worked in finance in the U.S. and Europe and has traveled extensively throughout the world, living overseas in London, Frankfurt, Hong Kong, and Berlin. She speaks Italian and is fluent in German.

Tammy has always believed in collaborative problem-solving through coalition-building and personal engagement. It is a central theme of her life, whether running for student office during college, thriving in the competitive and male-dominated finance industry, starting and working with nonprofits, or joining the Women’s March in Trenton. She is passionate that women and girls receive treatment equal to that of men and boys.

Tammy earned a Bachelor of Arts in English and Communications at the University of Virginia, where she sits on the University’s Board of Visitors. She also serves as Secretary and charter member of The Climate Reality Action Fund, an organization founded by former Vice-President Al Gore.

Since January 2018, Tammy has served as the First Lady of the State of New Jersey. 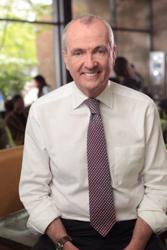 Born in Boston, Phil Murphy and his family have called Monmouth County, New Jersey, home for two decades. A graduate of both Harvard University and the University of Pennsylvania, he made his career in financial services, and worked around the world. Since his retirement from business in 2003, he and Tammy have immersed themselves in charitable works and public service.

From 2009 until 2013, Phil served with distinction as the United States Ambassador to the Federal Republic of Germany, having been appointed by former President Barack Obama. He was the board chair of 180 Turning Lives Around, a Monmouth County organization committed to ending domestic and sexual violence.

Along with Tammy, he founded 2nd Floor, a successful teen helpline. He also served as New Jersey’s sole representative on the national operating board of the NAACP. Since 2018, Phil has served as the Governor of New Jersey.

He and Tammy have been married for 25 years. They have four children. 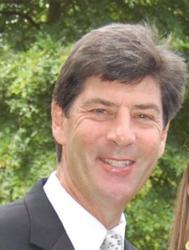 Steven Temares was born in the Bronx, New York, and raised in Paramus, New Jersey. He joined Sky Blue’s ownership group prior to the club’s professional debut in 2009 as a member of the NWSL’s predecessor league, Women’s Professional Soccer (WPS). In his first year as an owner, Sky Blue won the championship in the inaugural WPS season.

Steven formerly served as CEO of retail giant Bed Bath & Beyond, where he was responsible for day-to-day operations of the company and its subsidiaries for twenty-two years. He currently serves on the Advisory Board for Beastcoast, a professional eSports organization that emphasizes gamer interests, well-being, and happiness and focuses on celebrating the diversity of the gaming community.

Steven is also a minority owner of Major League Baseball’s New York Mets and sits on the team’s Advisory Board.

He earned his Bachelor of Arts in Economics from Rutgers University – where he serves on the Board of Trustees – and his Juris Doctorate from the University of Pennsylvania Law School.

Steven and his wife, Amy, have three daughters. 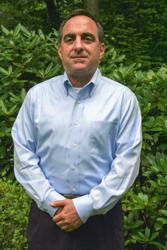 As the club’s Vice Chair, a role that reports to Tammy, Ed is the lead owner on day-to-day club operations, collaborating closely with General Manager Alyse LaHue.

Ed comes to Sky Blue with more than thirty-five years of executive experience. He served as a successful CEO of three IT services companies; held executive roles at IBM, AT&T, Cognizant, and Avaya, and was a finalist for Ernst & Young’s Entrepreneur of the Year award in 2003.

Ed earned a Bachelor of Arts in Economics at the University of North Carolina, Chapel Hill. He and his wife of 30 years, Tracy, have two children, Kellie and Eric.