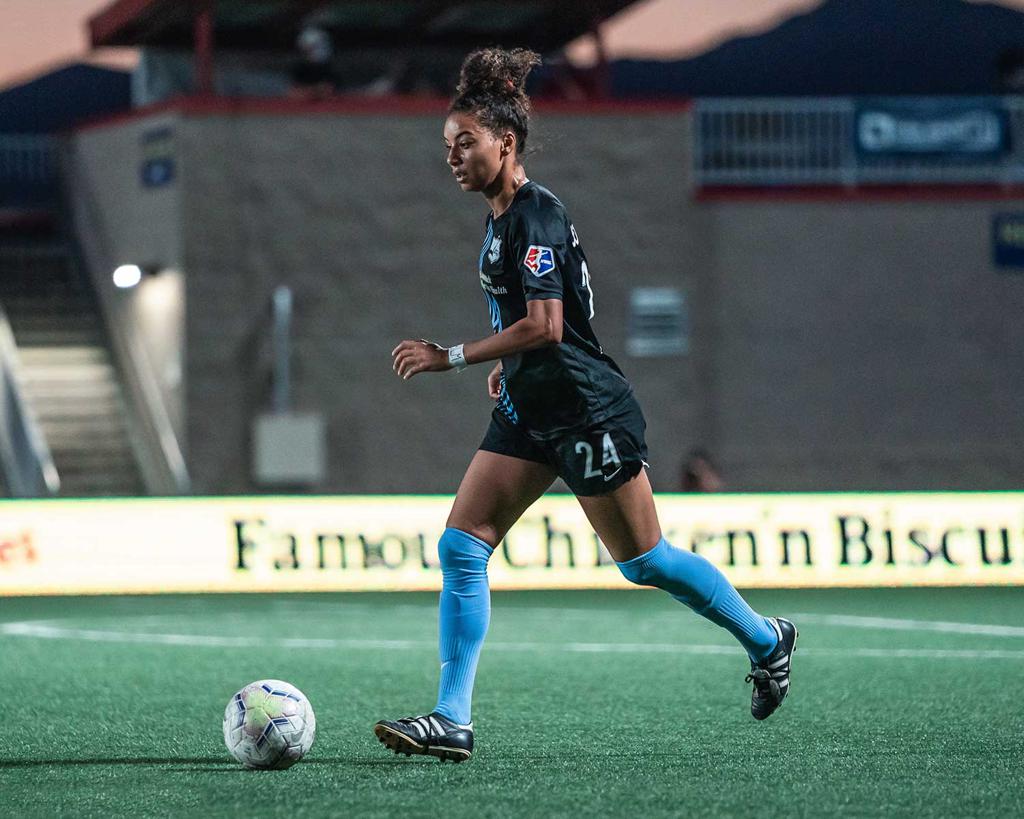 Sky Blue FC Defender Estelle Johnson has joined Cameroon ahead of their two-leg qualifier against Chile for the final spot in the 2021 Olympic Tournament. Due to previous Covid-19 related postponements, the matches will now be played on April 10 and 13 at the Arslan Zeki Demirci Stadium in Turkey.

The Indomitable Lionesses will be looking to make their return to the Olympic stage after qualifying for the first time in London 2012.

Johnson was a member of the Cameroon roster during the 2019 FIFA Women's World Cup in France.