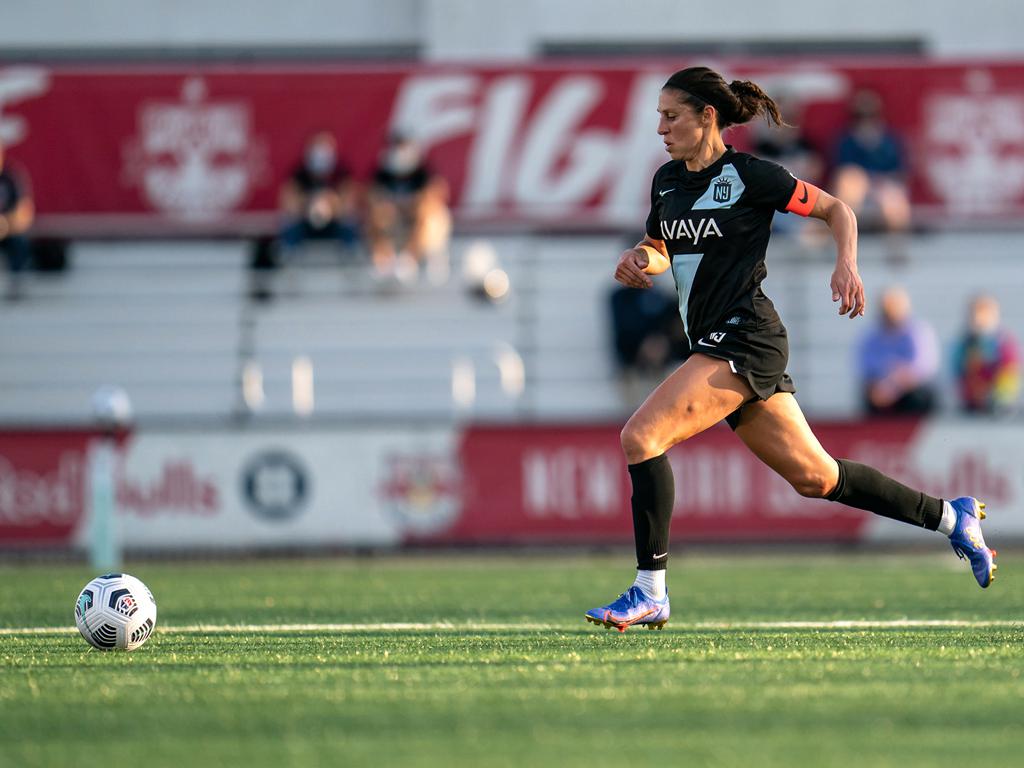 MONTCLAIR, N.J. (April 20, 2021) – NJ/NY Gotham FC rallied to beat the North Carolina Courage in a wild 4-3 goal fest in front of home fans on Tuesday night at Montclair State University Soccer Park. With the win, Gotham FC moves to the top of the table in the East.

The first half saw four goals scored in a span of eight minutes. Midge Purce found the back of the net in the 18th minute to open the scoring floodgates. The lead was short lived though when just moments later midfielder Debinha sliced a shot past DiDi Haracic to even up the score. Debinha would score again in the 24th minute on an assist from Jessica McDonald to put the Courage up momentarily. Gotham FC leveled the match just minutes later when Paige Monaghan made a drive into the box and crossed the ball across the face of the goal that Midge Purce was able to tap home. Captain Carli Lloyd joined in with a goal of her own in the 32nd minute on a through ball from Imani Dorsey to take a 3-2 lead into the half.

North Carolina made three substitutions at the half and came out the aggressor. Just minutes into the second half, Jessica McDonald beat Haracic on a lobbed ball into the box that she was able to head into the net to level up the match at 3-3. Midge Purce nearly earned herself a hat trick in the 60th on a ball into the box from Paige Monaghan, but just missed the finishing touch. For the remainder of the game, each team wrestled to score again, but it was in the final minutes of extra time that Gotham FC sealed their victory. It was another key pass from Ifeoma Onumonu, who assisted the game winner against Orlando Pride, that saw substitute forward Evelyne Viens win the match in the late hour.

The hard-fought victory places Gotham FC at the top of table in the East. The team travels next week to take on the Washington Spirt at Audi Field on April 27. Kickoff is set for 7 p.m. ET.

“I think it was a very exciting one for fans, for neutrals.  We knew it was going to be a moment where we could look to counter-attack and we could look to build up our possession. With the return some players from international duty, we knew we could put out a more attacking front line and then also have really good depth for the game changers to come in and they did make a big difference.”