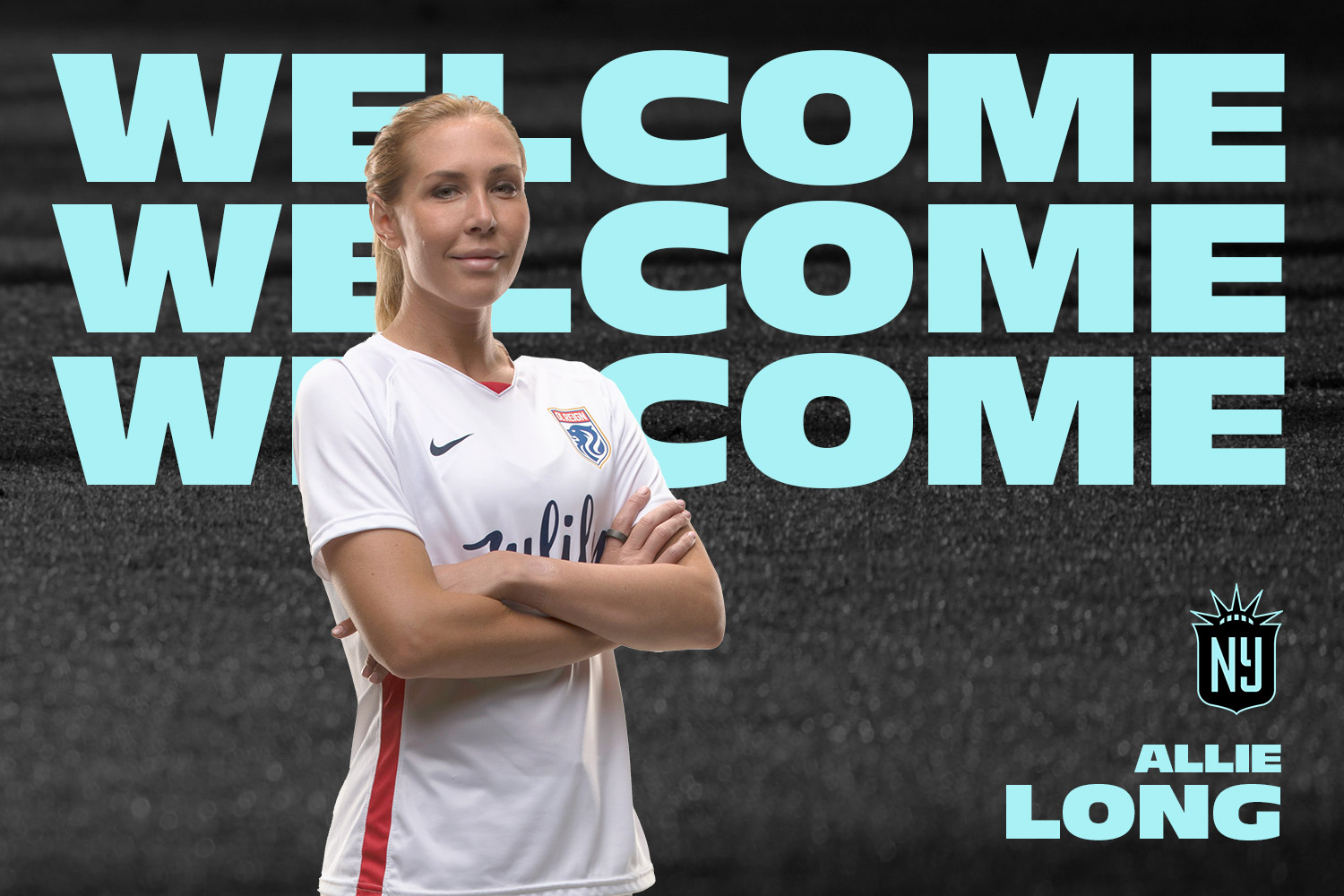 "I am very excited to have Allie join the team," said Head Coach Freya Coombe. "Her distribution and ability on the ball are matched with her ability to compete & win tackles off the ball. She has a strong desire to compete and brings a wealth of experience in the league. We have emphasized recruiting players who have won championships and have a highly competitive mentality to achieve our goal of bringing trophies to NJ/NY Gotham FC and Allie embodies that mentality."

A native of Huntington, N.Y., Long, 33, is making a return to her local roots. She joins Gotham FC after three seasons with OL Reign, starting in all 41 of her appearance for the team. In the 2018 and 2019 seasons, she logged 3052 minutes and registered three goals and three assists. During the abbreviated 2020 season, she made six appearances between the Challenge Cup and Fall Series.

Long started her National Women’s Soccer League career with the Portland Thorns in 2013. She spent five seasons in the Rose City, winning two NWSL Championships in 2013 and 2017 and making two semi-final appearances in 2014 and 2016. Long topped the NWSL goals leaderboard in 2015 and was consecutively named to the NWSL’s Best XI in 2015 and 2016.

She made her debut for the U.S. Women’s National Team on May 8, 2014 against Canada and has since earned 51 caps and netted eight goals. Long started in three of the four matches during the 2016 Olympic Games and was named Player of Match against France. She was a member of the Women’s National Team roster who went on to win the 2019 FIFA Women’s World Cup in France.

"Allie is a player we have admired for awhile, so having this opportunity to bring in another veteran with tremendous experience to Gotham FC is fantastic for our club," said General Manager Alyse LaHue. "We look forward to her joining us and having another New York-native for our fans to cheer on."

Gotham FC sits atop the Eastern bracket and has two remaining group stage games in the 2021 Challenge Cup presented by Secret Deodorant. They take on Washington Spirit in D.C. tonight at 7 p.m. ET then return home on Sunday, May 2 to take on expansion club Racing Louisville FC at MSU Soccer Park. The sold-out match is set to kickoff at 12:30 p.m. ET and will be streamed live on Paramount+. Gotham FC will be kicking off the regular season in May at Red Bull Arena.