NJ/NY Gotham FC are 2021 National Women’s Soccer League Challenge Cup finalists in the Eastern Division after a tightly contested draw at home against expansion side Racing Louisville FC. The point at home was enough to send Gotham FC through to the Challenge Cup Championship match against the Portland Thorns on Saturday, May 8, at 1:00 p.m. ET.

The first half saw Gotham FC much better in possession than their previous match against the Washington Spirit and equally on the front foot. The best opportunities in the half came from Midge Purce, Carli Lloyd and Jennifer Cudjoe whose chances on goal missed by the narrowest of margins. Racing Louisville FC seemed determined to play the spoiler, imposing their physical style of play on the home team. Their best moments were wide of the target or recovered by Gotham FC goalkeeper DiDi Haracic who ended the match with two saves. The play between the two teams flowed more evenly towards the end of the half, but neither side could capitalize on the chances and the score remained deadlocked at the half.

The second half kicked off with former OL Reign midfielder Allie Long making her Gotham FC debut. Gotham FC’s scoring woes of late continued as the visitors held sturdy in their defense, keeping the ball consistently in the home side’s half. Throughout the latter of the match, defender Mandy Freeman did well to stop the brunt of many of Racing Louisville FC’s attacks by substitute forward Jorian Baucom. Gotham FC’s best moment came in the 83rd minute when a clear shot on goal by Domi Richardson forced a fingertip save by Louisville goalkeeper Michelle Betos.

Racing Louisville FC and Gotham FC battled to the end, each team managing to keep the opposing onslaughts at bay. The match ended in a scoreless draw, advancing Gotham FC as the clear winner on points in the Eastern Division and into the Challenge Cup Final.

“We needed this result or better, so we’re certainly happy that we came away with the tie and that allows us to go into the Championship. A big thing is consistency and we’re trending in the right direction. Some results can be misleading, so the biggest thing for us is looking at this with clearer eyes, going through some film and seeing what we need to improve on to prepare for Portland.”

“They’re strong, they’ve been playing really well. The match-up is good for us, we do well with challenges. We like the pressure, so it’ll be an exciting opportunity for us to face a formidable opponent with a stacked roster and prove that we belong here.”

The 2021 Challenge Cup Championship between Gotham FC and Portland Thorns will be broadcast live on CBS on Saturday, May 8, at 1:00 p.m. ET. The location of the final has yet to be announced by the league. 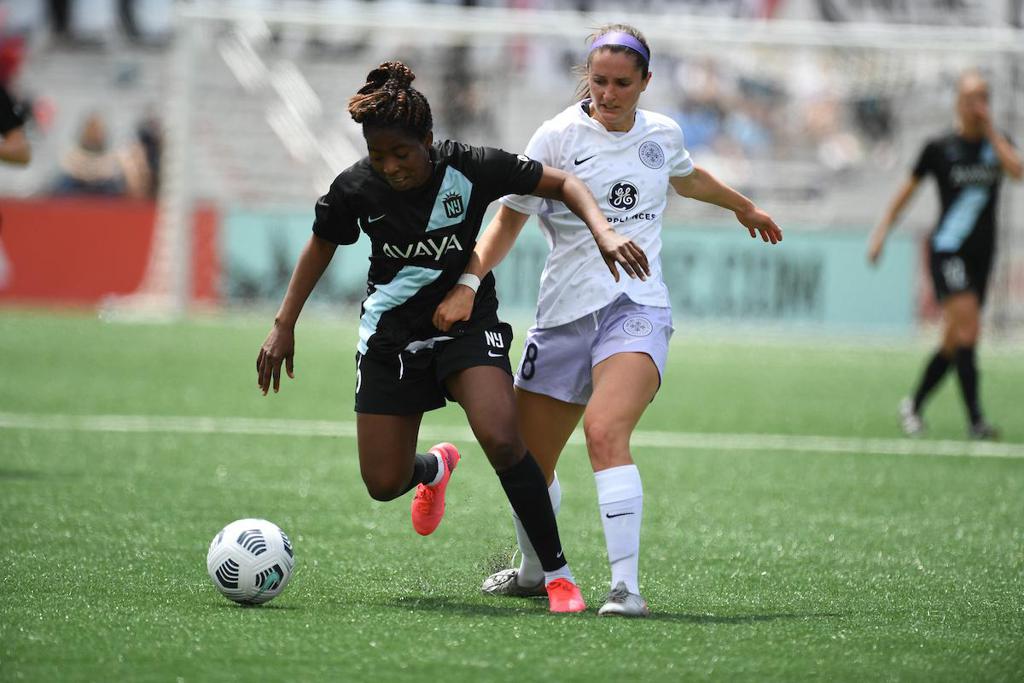