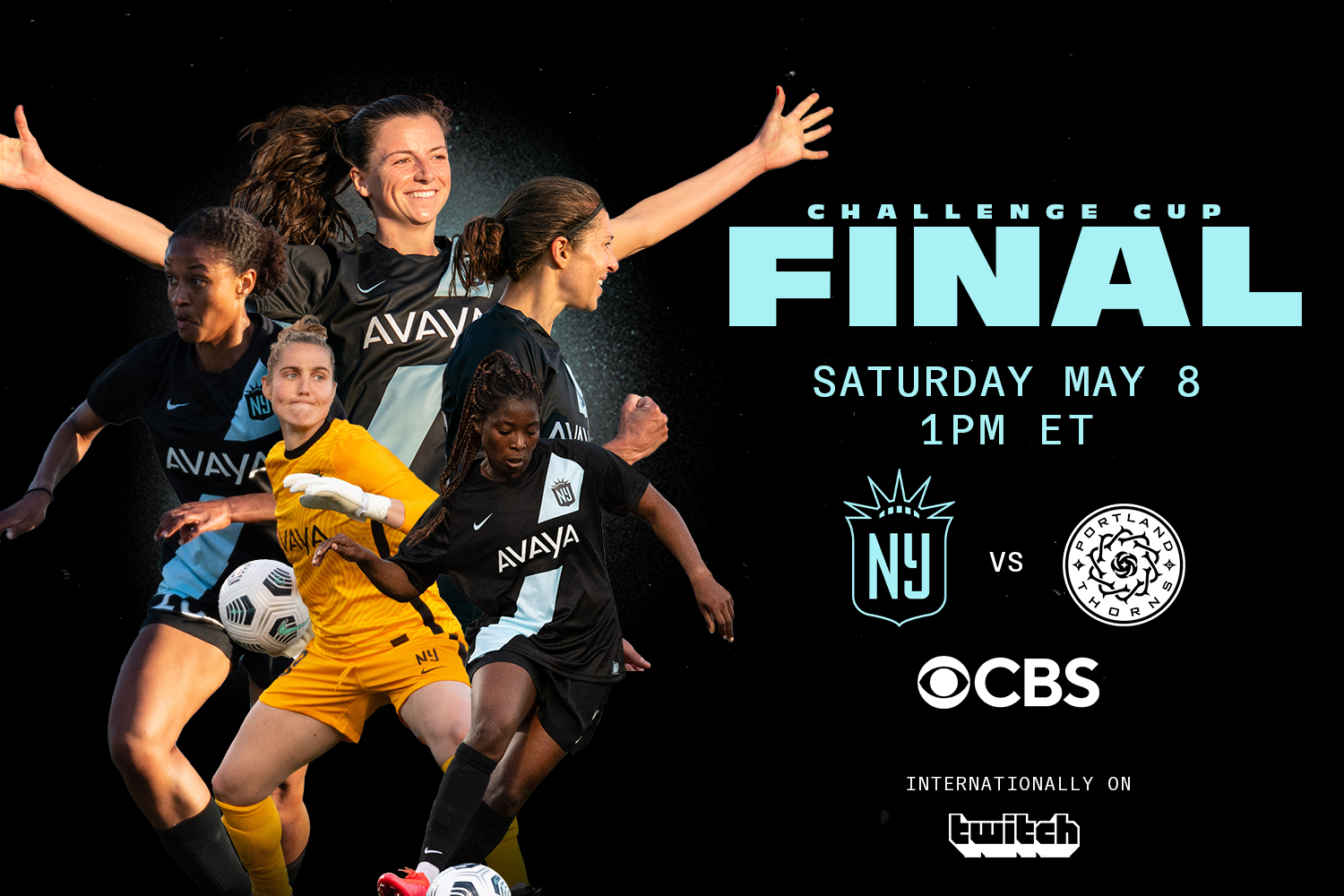 NJ/NY Gotham FC will face the Portland Thorns in the Championship game of the 2021 NWSL Challenge Cup presented by Secret Deodorant, at Providence Park, this Saturday, May 8. The final will air live on CBS and Twitch (international) with kickoff set for 1:00 p.m. ET.

Gotham FC guaranteed their place in the Championship this past Sunday, after drawing at home against expansion side Racing Louisville FC in a game that matched their previous result against the Washington Spirit. Unlike their first two Challenge Cup wins over Orlando Pride and North Carolina Courage, Gotham’s attack has struggled to find the back of the net in recent matches after scoring 5 combined in the first two games. Gotham's balanced attack has included 2 goals from Midge Purce, 2 assists from Ifeoma Onumonu, and a goal and an assist from Paige Monaghan. USWNT forward Carli Lloyd and Canada WNT forward Evelyne Viens rounded out the scoring for Gotham. The defense has remained key in taking the team to the Final with 3 overall shutouts. Goalkeeper Didi Haracic and defender Gina Lewandowski are the only two Gotham players that have played every minute thus far in the Cup, and have been an integral part of the team's defensive success.

The Portland Thorns, also unbeaten through group play, will be sure to further test the resolve of Gotham’s backline. With a Challenge Cup record of 3-1-0, the Thorn’s have scored in all of their matches and forward Simone Charley currently leads the series in total shots on target. The overall strength of Portland’s roster and the ability to be clinical in the final third has paved Portland’s way to the Final. Six different players have scored Portland’s goals including Christine Sinclair, Lindsey Horan, and Raquel “Rocky” Rodriguez.

In their last three meetings, Gotham FC has a record of two draws and one loss against the Thorns, with their last win dating back to June 17, 2017.

"I am really looking forward to playing the Thorns as the last time we faced them was in 2019 and I have fond memories as it was my first game with the club. Portland is a talented & experienced team that is hungry for silverware. They have a very talented midfield and are tight defensively so it will be tricky to break down."

"This is the first final for the club in NWSL history and there is definitely a buzz around the players, staff, and fans to be going into our first final as NJ/NY Gotham FC. My NWSL career is still in its infancy so to have made the semi-final last year and final this year is really special. I am pleased that some fans have been allowed into the stadium because I think the players and fans deserve that."

Following the Challenge Cup and in a week’s time, Gotham FC will play their first 2021 NWSL Regular season home match on Saturday, May 15, at Red Bull Arena. Single, group, and season tickets are now on sale and full pricing details can be found here.