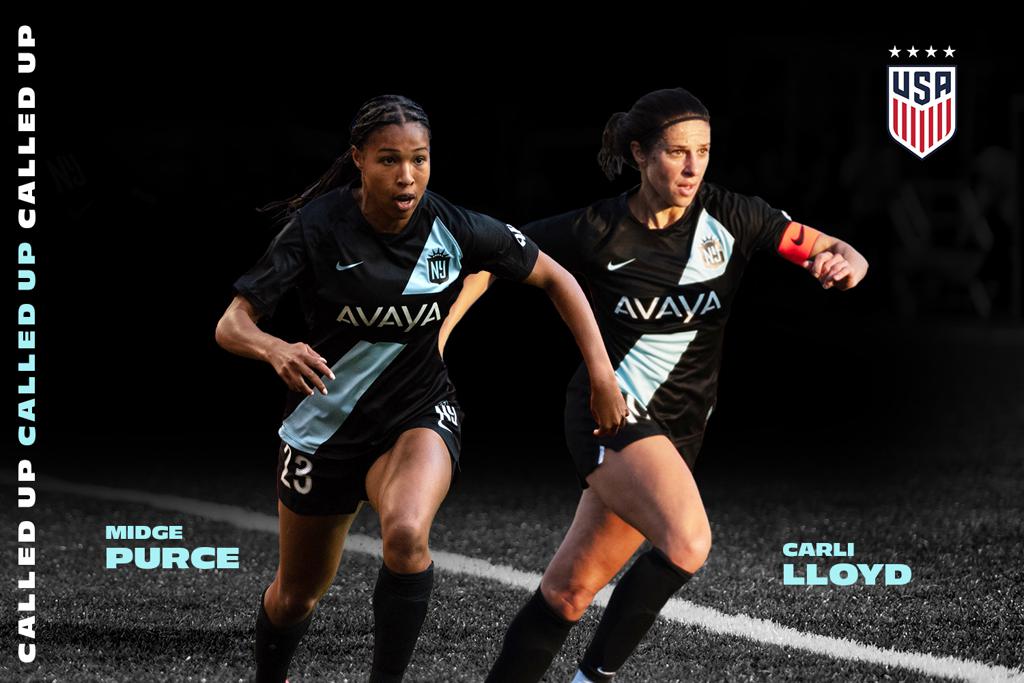 U.S Soccer has announced the Women's National Team roster for the June training camp and upcoming 2021 WNT Summer Series presented by AT&T 5G. NJ/NY Gotham FC forwards Carli Lloyd and Midge Purce have been called up for national team duty in continued preparations for the delayed 2020 Tokyo Olympics in July.

New Jersey native Carli Lloyd, 38, made her initial debut with the U.S Women's National Team in 2005 and has since made 301 appearances, scoring 124 goals and assisting on 62 more. Midge Purce, 25, received her first cap with the senior team in 2019 and has appeared in six matches, scoring her first goal in 2021 against Colombia on an assist from club teammate, Carli Lloyd.