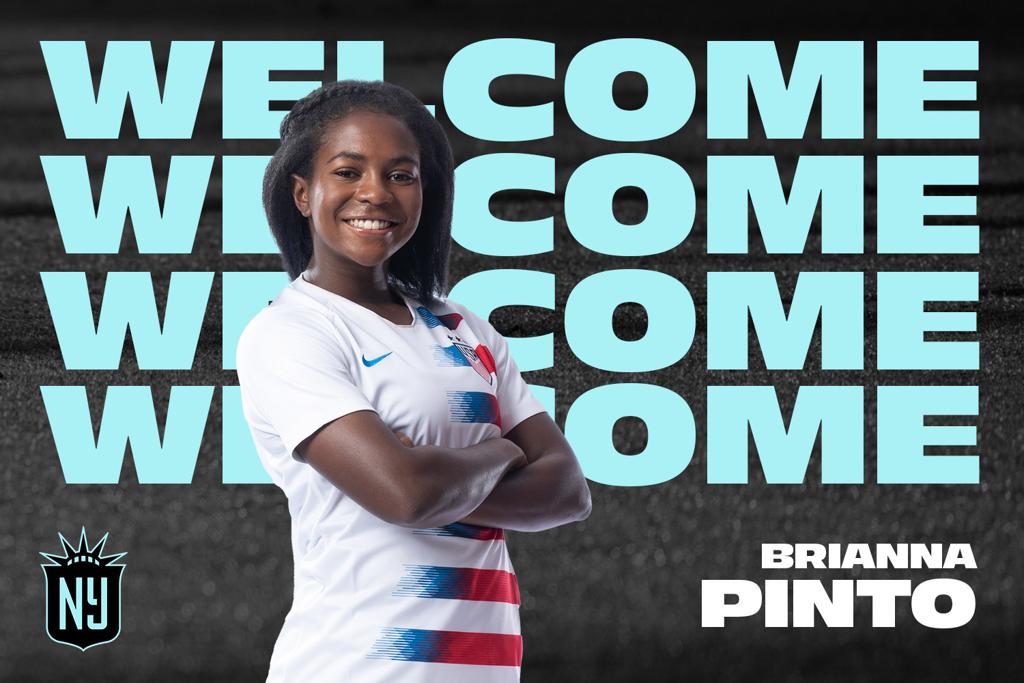 HARRISON, N.J. (June 4, 2021) – NJ/NY Gotham FC of the National Women’s Soccer League announced today that the team has signed University of North Carolina (UNC) standout and 2021 Mac Hermann Trophy finalist Brianna Pinto to a two-year contract. She was selected third overall by Gotham FC in the 2021 NWSL Draft in January.

"We are really happy to welcome Brianna to the team following the completion of her college season," said Head Coach Freya Coombe. "She has joined us in training this week and is already showing the quality of her finishing and her competitiveness. She is embracing our style of play and is a fantastic addition to our midfield."

A native of Durham, N.C., the 21-year old midfielder joins the professional ranks following an impressive collegiate career at the University of North Carolina under Anson Dorrance that saw the team make two College Cup Finals and one semi-final appearance. Pinto was consecutively named to the First Team All-ACC Selection in each of her years and started 72 matches in 73 total appearances. During her tenure at UNC, Pinto scored 31 goals, notched 19 assists, and logged 4,244 minutes. Most recently, she was named as a finalist for the 2021 Mac Hermann Trophy, the most coveted individual honor in NCAA Division 1 soccer. She garnered semifinalist recognition for the same award in 2019.

Pinto is quickly establishing herself on the international stage as well. She has been a regular fixture in the U.S Youth National team program having trained with the U14, U17, U19, U20, and U23 teams. Pinto has seen periodic training stints with the senior Women’s National Team, earning her first call up in early 2017 for camp and subsequently making the tournament roster for the SheBelieves Cup a few months later. A veteran of the 2016 U17 and 2018 U20 Women’s World Cups, Pinto was named as the 2019 U.S. Soccer Young Female Player of the Year.

“Going into the 2021 NWSL Draft, we were hoping for a scenario where Brianna would be available at the number 3-slot,” said General Manager Alyse LaHue. “She’s a player that stood out to me from the time I watched her as a freshman at UNC, so it’s fantastic to have the opportunity for her to join Gotham FC as a professional.”

Gotham FC is currently three games into the 2021 NWSL regular season. The team takes on the visiting OL Reign on Saturday, June 5 at Red Bull Arena. The action kicks off at 7:00 p.m. ET and will be streamed on Paramount+ (U.S.) and Twitch (International). Single, group and season ticket memberships are now on sale and pricing details can be found here.