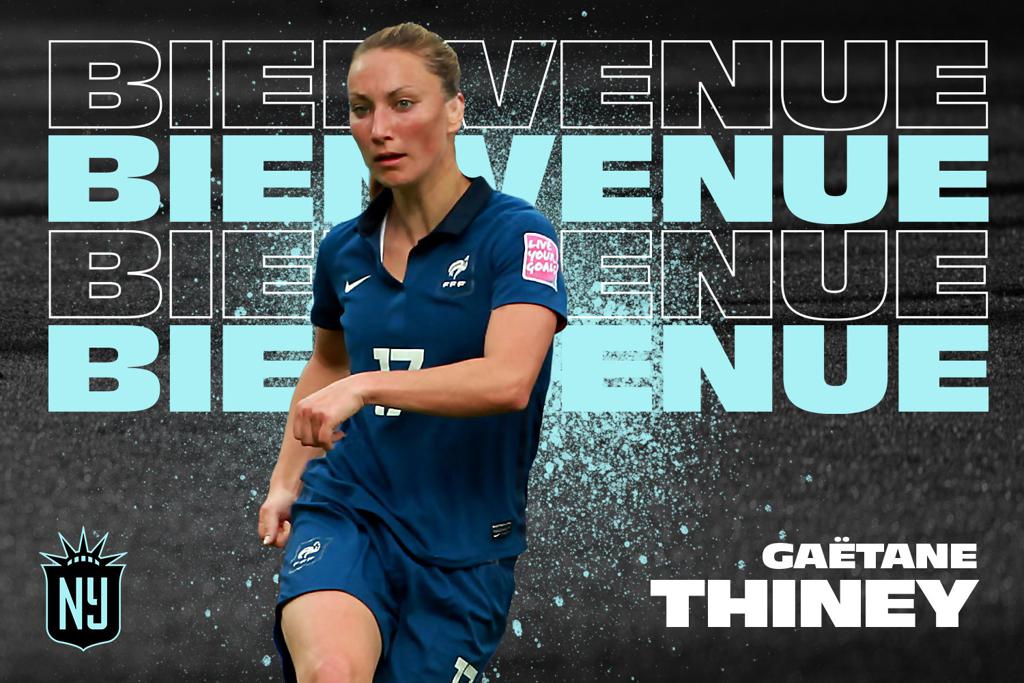 HARRISON, N.J. (June 8, 2021) – NJ/NY Gotham FC of the National Women’s Soccer League announced today that French international and veteran midfielder/forward Gaëtane Thiney will join the team on loan from Paris FC. The loan will commence at the conclusion of the 2020-2021 French Division 1 Féminine season and extend through the remainder of the 2021 NWSL season.

“Thiney is an elite player who has been a standout player for both club and country,” said Head Coach Freya Coombe. “She combines calmness in possession with an ability to unlock defenses and a great work rate. I am very happy for her to be making her NWSL debut with Gotham FC.”

A native of Troyes, France, Thiney, 35, has thrived at the highest levels of soccer in France and is widely known for her attacking threat. She is the captain of Paris FC (formerly FCF Juvisy) of D1 Féminine and has played with the club since 2008. In her 13 seasons, she has scored 139 times and has been the team’s leading scorer for multiple seasons including the 2013-2014 season when she netted a career and league high 25 goals. That same year, Thiney was named the league’s best player, an honor she first won in the 2011-2012 season.

The French attacker twice helped lead her team to the UEFA Women’s Champions League. First in 2010-2011 where she contributed goals in the qualifying rounds, round of 32, and the quarterfinal before losing out to Turbine Potsdam in the quarterfinal. Two years later in 2012-2013, Thiney scored a brace in the round of 32 en route to a semifinal loss to Olympique Lyonnais.

On the bright lights of the international stage, Thiney brings a wealth of experience from her years with the France Women’s National Team. She earned her first call up to the senior national team in February 2007 in an international friendly against China. Since then, she has made a total of 163 total appearances and scored 58 goals while playing in the 2012 Olympic Games, 2009, 2013, and 2017 UEFA Women’s Championship, and the 2011, 2015, and 2019 FIFA Women’s World Cup.

“Gaëtane is a player that we have hoped would be able to join our squad for some time,” said General Manager Alyse LaHue. “Her wealth of international experience and leadership at the highest level will be an invaluable addition to Gotham FC as we continue to evolve as a club. This also continues our friendly collaboration with Paris FC, a relationship that she has been integral in building.”

Thiney is expected to join Gotham FC upon final clearance of her visa in June where she will meet up with former Paris FC teammate and Canadian forward Evelyne Viens. Gotham FC is currently 2-1-1 in regular season play heading into the international break. The team will next face the Orlando Pride on Saturday, June 20 at Exploria Stadium at 6:00 p.m. ET. Gotham FC will return home to Red Bull Arena on Friday, July 2 for Pride Night against Kansas City. Kickoff is set for 7:00 p.m. ET. Single, group and season ticket memberships are now on sale and pricing details can be found here.