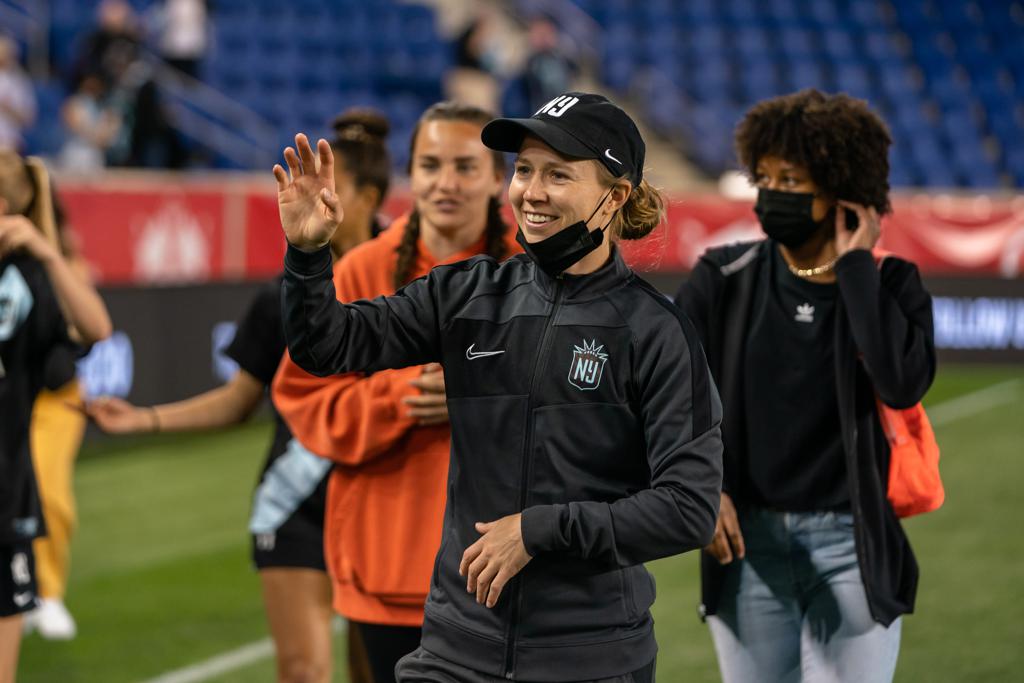 HARRISON, N.J. (June 16, 2021) – NJ/NY Gotham FC of the National Women’s Soccer League (NWSL) announced today that Assistant Coach Becca Moros has accepted the Head Coach position at the University of Arizona and will depart the club immediately to assume her new role.

Moros joined the Gotham FC technical staff in the spring of 2020 and remains among a short list of players that transitioned to a full-time coaching position. During her tenure, Moros helped lead Gotham FC to a semi-final appearance in the 2020 Challenge Cup and notably stepped in as acting head coach during the final group stage match of the 2021 Challenge Cup that would eventually clinch Gotham FC’s place in the Challenge Cup Final against the Portland Thorns.

“It is with mixed emotions that I announce I’m leaving Gotham FC to accept the Head Coach position for the women’s soccer team at the University of Arizona,” Moros said. “I’m grateful to Alyse, Freya and the owners for believing in me and giving me the opportunity to start my professional coaching career in the NWSL. I want to thank the rest of the staff – Dan Ball, Becki Tweed, Philip Congleton, Joelle Muro, and Sara Carpentieri – for an incredible journey. I especially want to thank the world class players of Gotham FC. It has been an honor working with you and I am proud of all that we have accomplished together. I will remain your biggest fan! Go Gotham FC!”

A seasoned veteran, Moros brings over a decade of professional playing experience with her to the University of Arizona women’s soccer program including three years in the Women’s Professional Soccer League, two years in the Nadeshiko League in Japan, and six years in the NWSL.

“This is an incredible opportunity for Becca and our club is wholeheartedly behind this great next step,” said General Manager Alyse LaHue. “She’s been a tremendous part of our club’s growth over the last two seasons and we’re very grateful for that. Obviously the timing makes it quite bittersweet, but we’ll be cheering her on and supporting her awesome journey."

“We are happy for Becca and the opportunity she’ll now have to run her own program,” added Head Coach Freya Coombe. “We especially thank her for all her work during her time here at Gotham FC.”

Gotham FC will resume regular season play after the international break on Sunday, June 20 against the Orlando Pride at Exploria Stadium. In a quick turnaround, the team will take on OL Reign at Cheney Stadium on Saturday, June 26 before returning home to Red Bull Arena on Friday, July 2 to face Kansas City. Single, group and season ticket memberships are now on sale and pricing details can be found here.