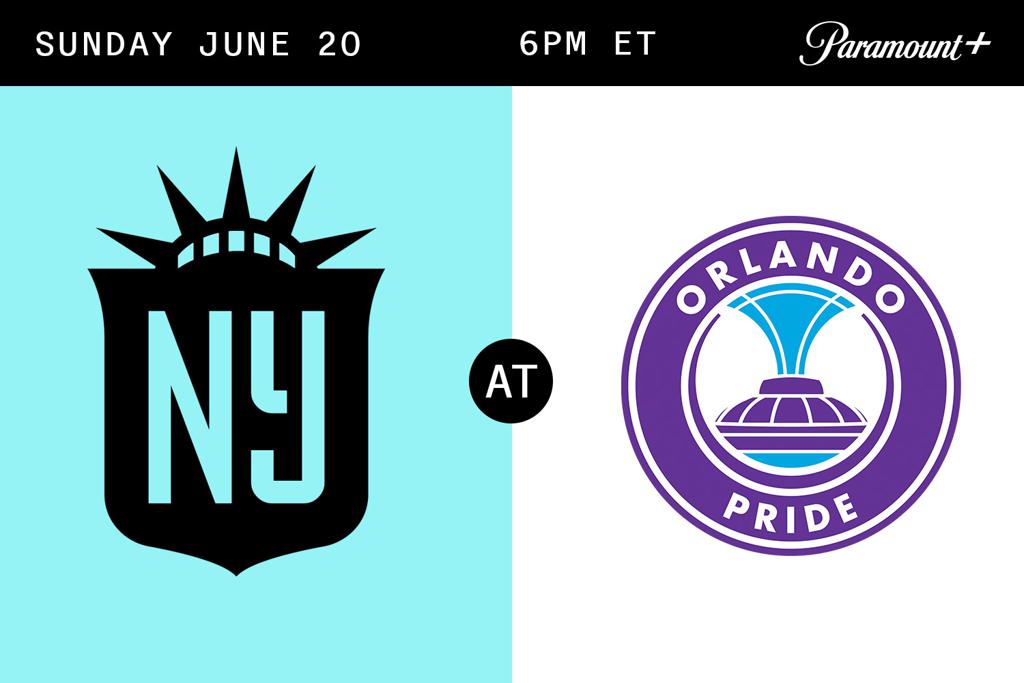 HARRISON, N.J. (June 19, 2021) – NJ/NY Gotham FC gets back on the road to take on the Orlando Pride on Sunday, June 20 at Exploria Stadium. The match will be presented to Gotham FC fans by Saker Shoprite. The action kicks off at 6:00 p.m. ET and will be streamed on Paramount+ (U.S.) and Twitch (international).

Gotham FC earned a 1-0 victory right before the international break at Red Bull Arena against OL Reign in a physical and tactical battle in which both teams combined for a total of 33 shots. Ifeoma Onumonu scored the lone goal in the 13th minute from Gotham FC’s first corner kick of the night. Caprice Dydasco took the set-piece and sent the ball to the far back post finding the head of Onumonu to give Gotham FC the early lead. In addition to the assist, Dydasco ended the game with an 87.5% passing accuracy, the highest number of completed passes and crosses (52) and the most key passes (4).

On the other end of the field, Erica Skroski’s crucial defensive efforts helped Gotham FC maintain the lead and close out the game, which earned her Budweiser Player of the Match. Skroski recorded a passing accuracy of 89.4%, made four clearances, and forced six interceptions. Any ball that managed to get past the organized defensive line was handled by goalkeeper DiDi Haracic, who made her first appearance of the 2021 NWSL regular season.

The Orlando Pride ended their last match in a 1-1 draw against the Washington Spirit to keep their unbeaten streak alive. The Pride went down in the 64th minute after Kelley O’Hara found Ashley Hatch’s head in the box for the match’s opening goal. Minutes later, Taylor Kornieck equalized on a low strike to the far post just beyond the reach of Aubrey Bledsode. The Pride will no doubt look to pick up where they left off and keep their momentum going forward.

The last time these two teams met was back on April 14 in the opening match of the 2021 Challenge Cup, where Gotham FC earned a 1-0 victory at Exploria Stadium. The lone goal scorer was Paige Monaghan, who scored in the 79th minute after Ifeoma Onumonu put a low-driven ball in the penalty area that Monaghan was able to tap in for the victory.

"We are looking forward to getting back on the field after the International break. Orlando has been getting good results and it will be a good challenge to play them, especially away in their climate. They are threatening with direct play & their forwards have had a great start to the season. Our defense has been fantastic so far this season and have only conceded one goal so that will be a good match up. For us to be successful we will need to continue to have solid possession of the ball, but also look to create and convert our chances in the attacking third."

Following the match on Sunday, Gotham FC will continue on the road and travel to Cheney Stadium to take on OL Reign on Saturday, June 26 at 4:00 p.m. ET. Gotham FC returns home to Red Bull Arena the following week on Friday, July 2 to face off against Kansas City. The match will be a Pride themed celebration and kicks off at 7:00 p.m. ET. Single, group and season ticket memberships are now on sale and pricing details can be found here.