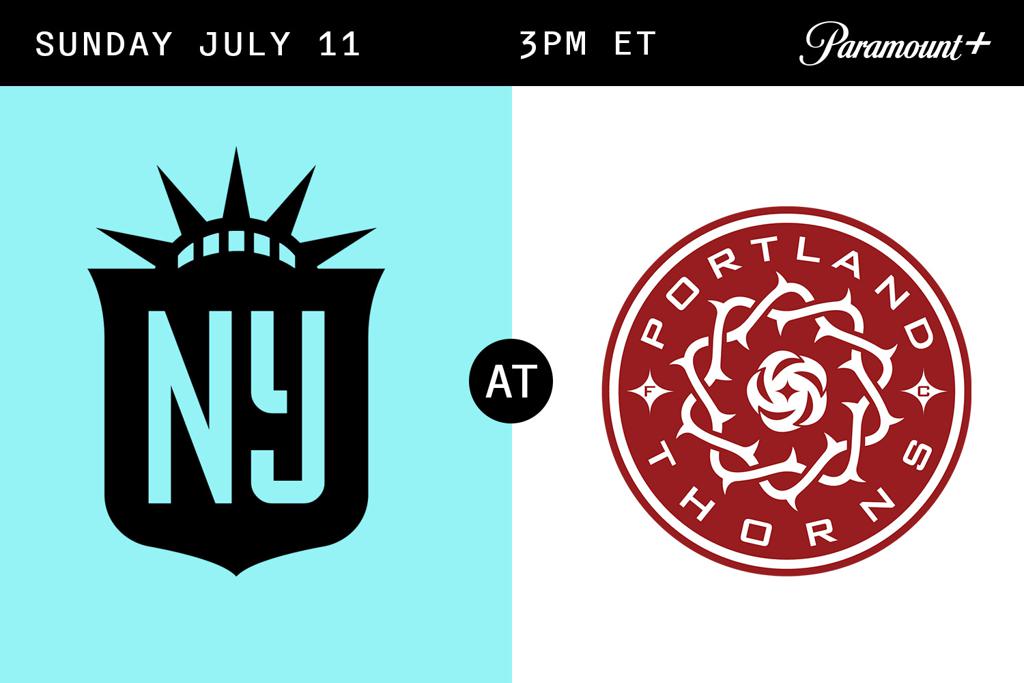 NJ/NY Gotham FC is back on the road at Providence Park to take on the Portland Thorns on Sunday, July 11, for the second time this regular season. The match will be presented to Gotham FC fans by NJM. The action kicks off at 3:00 p.m. ET and will be streamed on Paramount+ (U.S.) and Twitch (international).

Gotham FC is coming off a 1-1 draw at home against Kansas City in an unusual match that saw kickoff delayed by several hours due to inclement weather. The first goal came in the 31st minute from Ifeoma Onumonu who took a low-driven shot with her left foot through traffic to the far post. Onumonu has scored in three of Gotham FC’s last four matches and now becomes the team’s leading goalscorer.

After dominating possession for most of the match, the victory seemed Gotham FC’s for the taking. With less than ten minutes left in regulation time, Mariana Larroquette intercepted a missed pass from Gotham FC and put away the late equalizer.

The Portland Thorns enter Sunday’s matchup with a 2-0 victory over expansion side Racing Louisville in their last outing. Racquel Rodriguez converted a first half penalty kick and Simone Charley added her third goal of the season with a header in the 52nd minute to close out the win.

The last time these two teams met was earlier this season on May 30 at Red Bull Arena. The match ended in a 1-0 victory for the Thorns with a stunner from top of the box from Crystal Dunn in the 56th minute. This time around will look different as both teams will be without several key players due to international duty for the delayed 2020 Tokyo Olympic Games including Adrianna Franch, Becky Sauerbrunn, Lindsey Horan, Crystal Dunn, and Christine Sinclair from Portland and Carli Lloyd, Kailen Sheridan, and Evelyne Viens from Gotham FC.

"We are looking forward to another highly competitive game against Portland. We were bitterly disappointed to tie the game late against Kansas City after dominating the game so the team is incredibly motivated to get back to winning ways. They will look to play very direct into their pacey strikers so it’s important for us to shut down the service from more advanced areas."

Following Sunday’s match, Gotham FC will stay on the road and travel to Segra Field to take on the Washington Spirit on Sunday, July 18 at 5:00 p.m. Gotham FC will be back at Red Bull Arena on July 25 at 5:00 p.m. ET to take on the Chicago Red Stars. Single, group and season ticket memberships are now on sale and pricing details can be found here.