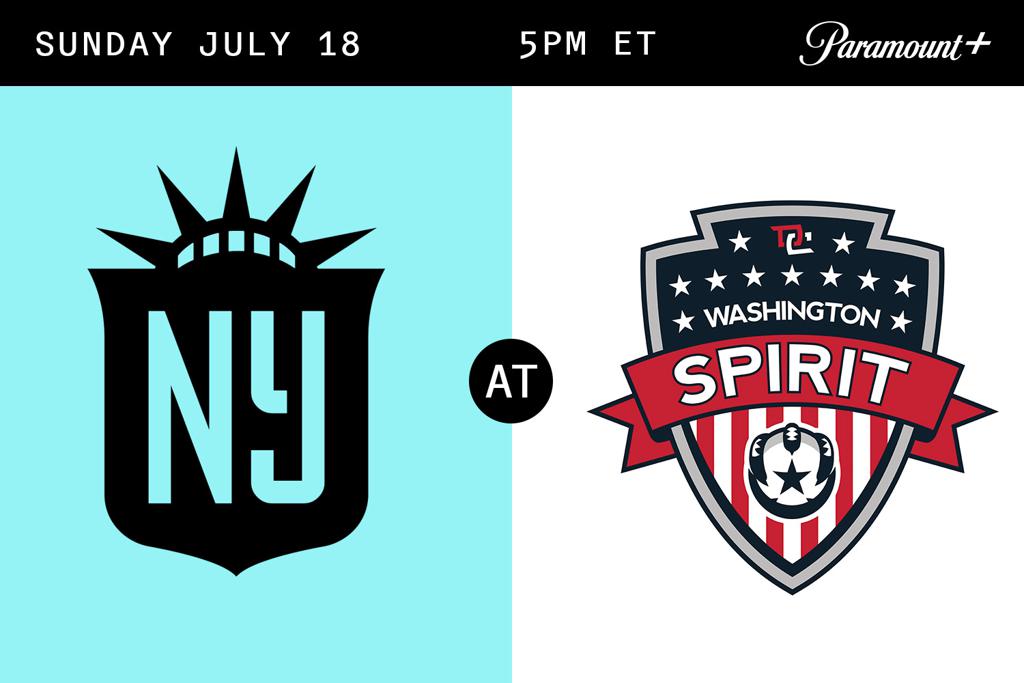 NJ/NY Gotham FC remain on the road this weekend to take on the Washington Spirit at Segra Field on Sunday, July 18, for the first time this regular season. The match will be presented to Gotham FC fans by Avaya. The action kicks off at 5:00 p.m. ET and will be streamed on Paramount+ (U.S.) and Twitch (international).

Gotham FC is coming off a hard-fought scoreless draw against the Portland Thorns last weekend in a match that showcased brilliant displays of goalkeeping from both teams. Despite the contest ending up without any goals scored, Gotham FC had some great looks on goal, and the backline continued to prove their resilience in maintaining the team’s five-game unbeaten streak in the regular season. Budweiser Player of the Match, DiDi Haracic, played a tremendous role in keeping the streak alive by earning her second shutout of the regular season and ending the match with four critical saves.

The Washington Spirit enter Sunday’s match on the heels of a massive 2-0 win over the current number one team, North Carolina Courage. The Spirit dominated the Courage with a brace from Ashley Hatch who scored her first of the night from a cross into the box in the 12th minute and her second in the opening minutes of the second half, sliding the ball past the goalkeeper and into the back of the net for her fifth goal of the season. Hatch now sits atop the league leaderboard for goals scored.

The last time these two teams met was in the 2021 Challenge Cup on April 27 at Audi Field. In a tightly contested affair, the match ended in a scoreless draw with neither team able to break through.