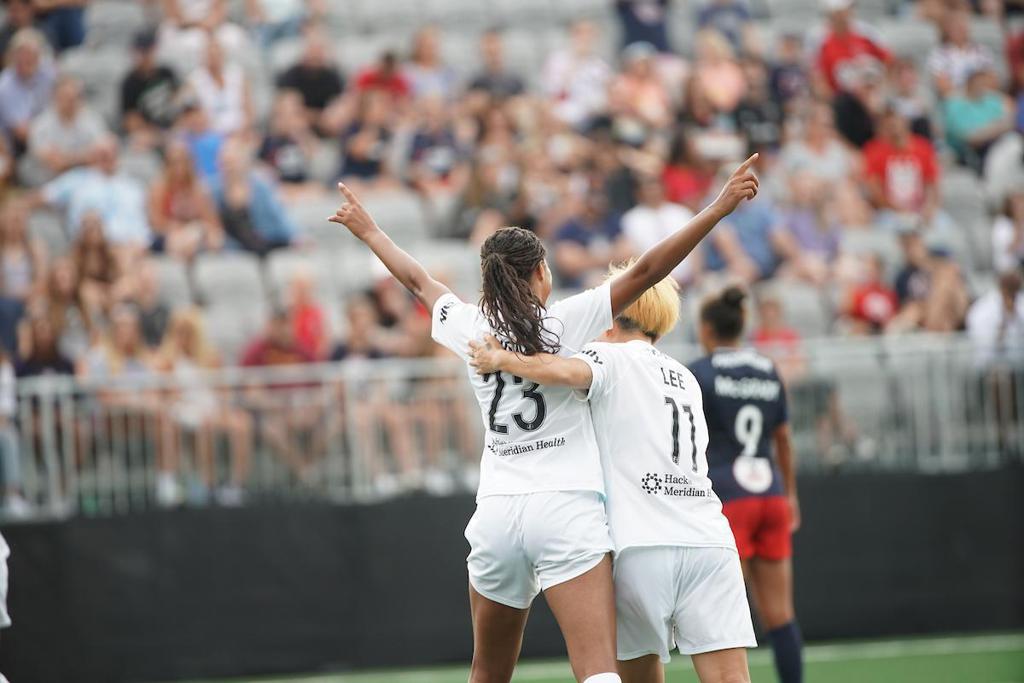 NJ/NY Gotham FC traveled to Segra Field to face the Washington Spirit on Sunday evening. The team earned the win in a wild match that saw a total of five goals scored and the second earliest red card in NWSL history. Gotham FC’s goals came from Nahomi Kawasumi, team captain McCall Zerboni, and Margaret Purce, and from Trinity Rodman and Ashley Sanchez for the Spirit. With the win, Gotham FC now sits in fourth place in the table with 16 points.

The opening seven minutes of play proved to set the course of the match. The Spirit were left with ten players after Sam Staab fouled Purce just outside the box resulting in a straight red card. Despite being down a player, Rodman gave her team the early lead in the 13th minute with a driving run into the box and rifling a shot far post to find the back of the net. Ten minutes later, Kawasumi found herself in the right spot to clean up a blocked Ifeoma Onumonu shot to bring the game level again. With the first half winding down, Dydasco delivered another corner kick to the penalty spot right onto the head of an open Zerboni, giving the visitors a 2-1 lead heading into the half.

The second half got off to a quick start with a free-kick at the top of the box for the Spirit. Ashley Sanchez took the kick and sent it up and over the Gotham FC wall into the corner out of DiDi Haracic’s reach for the equalizer. Gotham FC kept up the offensive pressure and in the 76th minute, substitute Delanie Sheehan found Onumonu on the flank who sent a low-driven cross into the box that Purce put away for the game-winner. Gotham FC extends their regular season unbeaten streak to six matches and continues to show resilience on the road by remaining unbeaten in all eight away matches (including the Challenge Cup) of 2021.

“It was one that got the hearts racing a little bit. Obviously having ten players for Washington made a big difference. That always makes it difficult to break down sides that look to drop in, keep it compact, and then catch you on the transitional moments. Credit to them for staying in the game in that way and making it very difficult for us to score. Bit of a nail biter but managed to have the quality of the final call for the third goal which was pleasing and making sure we have players and runners in the box. Great competitive game all around. Happy to come away with three points.”