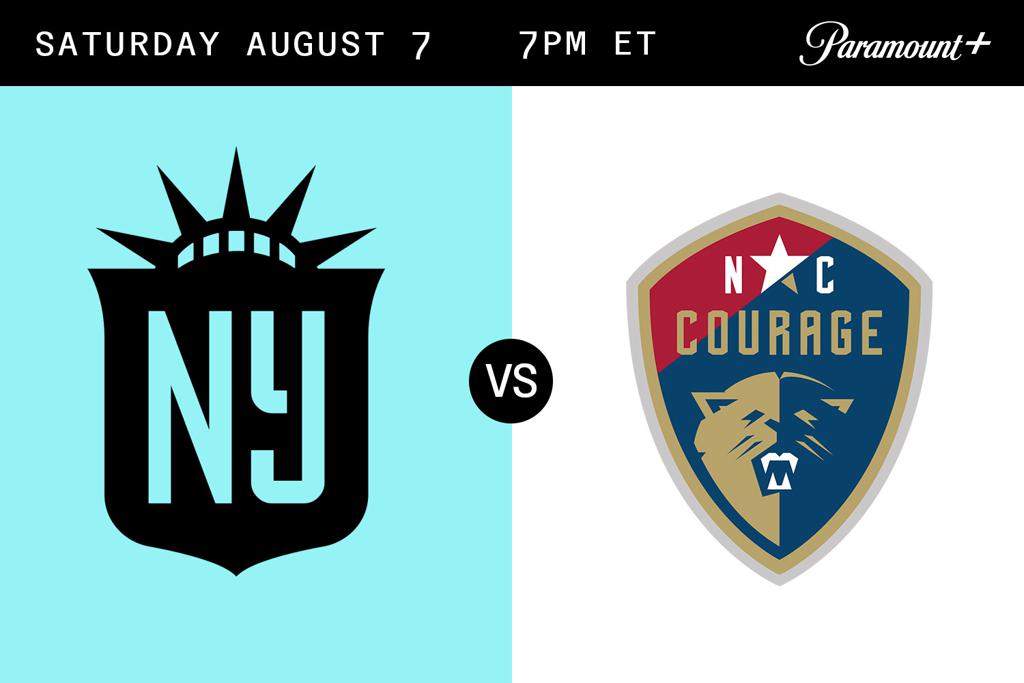 NJ/NY Gotham FC returns home this Saturday, August 7, to take on the North Carolina Courage. Kickoff is set for 7:00 p.m. ET and the match will be streamed on Paramount+ (U.S.) and Twitch (international).

With the support of presenting sponsor Avaya, Gotham FC will be recognizing Retha Onitiri of the New Jersey Institute of Social Justice and Courtney Levinsohn of Women in Soccer as part of Champion Women Night. Both women are exemplary leaders and have worked tirelessly to be positive change makers in their respective communities. At the recommendation of Gotham FC’s Player Community Outreach Committee, Avaya will also be donating $2,500 to The Ladies of Hope Ministries, an organization whose mission is to create alternatives to incarceration, decarceration and post incarceration opportunities by providing access to resources for education, entrepreneurship, and sustainability through advocacy.

Gotham FC enters Saturday’s match following a thrilling 1-1 draw against the Houston Dash that earned the team a critical point on the road. After conceding a goal early in the second half, Gotham FC battled its way back from the verge of a loss. With the match nearing the end of regulation, Delanie Sheehan played a ball into the box for Ifeoma Onumonu, who slotted home the late equalizer in the 89th minute.

With her late game heroics, Onumonu was named the Budweiser Player of the Match. She has now scored four goals for the team and is level with Margaret Purce as the team’s leading goal scorer. In addition to the game-tying goal, Onumonu also led the team with eight total shots and created three key passes in the 90+ minutes she played.

The North Carolina Courage are coming off a 1-1 draw against the Orlando Pride. After playing to a scoreless first half, two goals came in the second half within two minutes off each other. Assisted by Ali Krieger, Sydney Leroux scored her league-leading sixth goal of the season in the 50th minute to give Orlando the advantage. The lead was short lived though when the Courage answered back just two minutes later to bring the game level again. The recently acquired Amy Rodriguez set up the play by finding Meredith Speck in the box who passed to an open Brittany Ratcliffe for the equalizer.

Separated by only two points in the table, Saturday’s match will be the first time these two teams meet in the regular season. The last time they met was on April 20 in a high scoring affair at Montclair State University during the 2021 NWSL Challenge Cup. The match saw a total of seven goals scored by five different players. A late game-winning goal from Evelyne Viens gave Gotham FC the 4-3 victory.

“The last time against the North Carolina Courage was a crazy game with the excitement of a late winner. I don’t expect the upcoming game to be as transitional as that game was, but I do believe the winning team will be the one that manages the transitions the best. In order to be successful, we have to manage our defensive transition better than we did last week against Houston.”

Following Saturday’s match, Gotham FC will remain at home the following week to face Racing Louisville on Sunday, August 15 at 5:00 p.m. ET. The team will then travel to Cheney Stadium to take on OL Reign on Saturday, August 21st, at 10:00 p.m. ET. Single and group tickets are now on sale and pricing details can be found here.