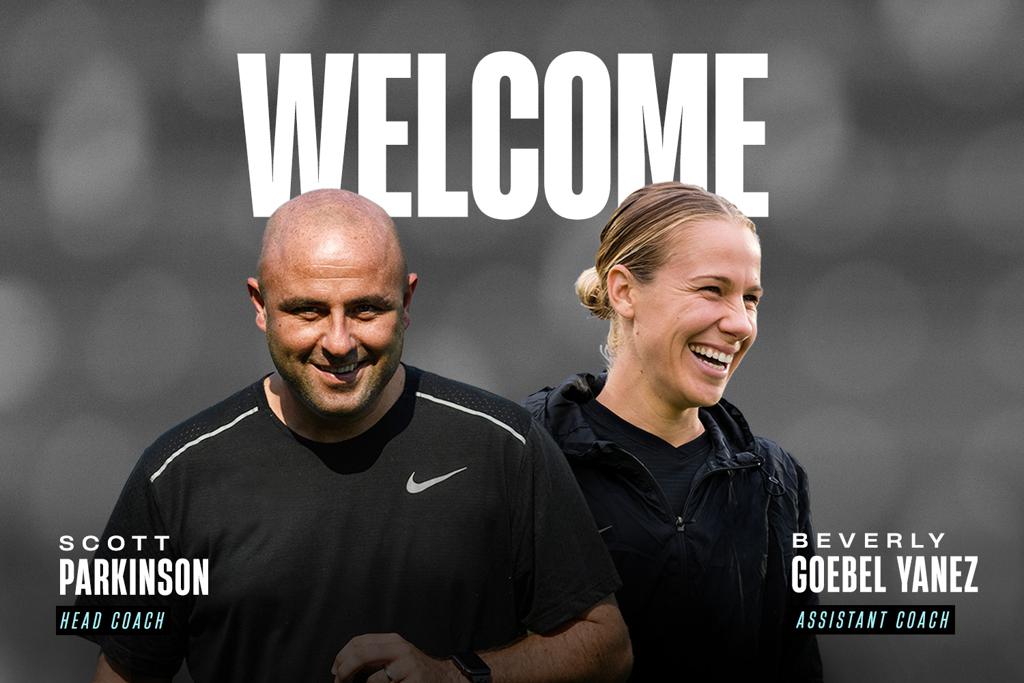 “I am incredibly grateful to ownership for this opportunity,” said Coach Parkinson. “The evolution of this club on and off the field has been truly remarkable to watch, and I’m excited to be part of the next chapter. It’s an honor to work with such a talented and dedicated group of players. The potential here is limitless, and I cannot wait to get to work.”

A native of Liverpool, England, Coach Parkinson currently holds USSF A and UEFA B licenses and has spent the past twelve years coaching in the United States. He served two years as the Head Women’s Soccer Coach for Rogers State University before joining the NWSL in 2017 as the First Assistant Coach for Utah Royals FC. He helped guide the Royals to 19 wins in two years and served as the club’s Head Coach during the 2020 NWSL Draft. In 2020, Parkinson joined the Chicago Red Stars as the club’s First Assistant Coach.

“After receiving guidance from ownership, talking to players, and considering an incredibly diverse and talented pool of more than 30 candidates, I’m thrilled to welcome Coach Parkinson as our next head coach,” said Yael Averbuch West, Interim General Manager and Head of Soccer Operations, NJ/NY Gotham FC. “Scott’s knowledge of the game is impressive, and his passion is infectious. He’s the definition of a player’s coach and the perfect person to guide us to future success.”

Coach Goebel Yanez joins Gotham FC after a nine-year professional playing career across five different leagues. During her six-year NWSL career, she reached the playoffs four times and was a 2015 MVP nominee. Coach Goebel Yanez’s coaching career began immediately after her player retirement in 2019, and she most recently served as the Director of Coaching and Technical Director for Juventus Academy in Silicon Valley.

“Working through the interview process, we collectively agreed that we identified the best coaching leadership for the club,” said Tammy Murphy, Club Chair and Majority Owner of Gotham FC. “We are incredibly confident and enthusiastic about moving forward with Coaches Goebel Yanez and Parkinson. They are very impressive leaders who will help elevate our level of play with their passion, knowledge, and NWSL experience.”

“Gotham FC has become a premier destination in this league,” said Coach Goebel Yanez. “It’s an honor to begin my NWSL coaching career with a club that has dedicated ownership, a very talented roster, and some of the most supportive fans in the league. This club is building something special, and I look forward to helping our players in any capacity reach their maximum potential on and off the field.”

The next Gotham FC home match is on Saturday, September 4th at 7:00 p.m. ET against the Chicago Red Stars at Red Bull Arena. Visit gothamfc.com for tickets.