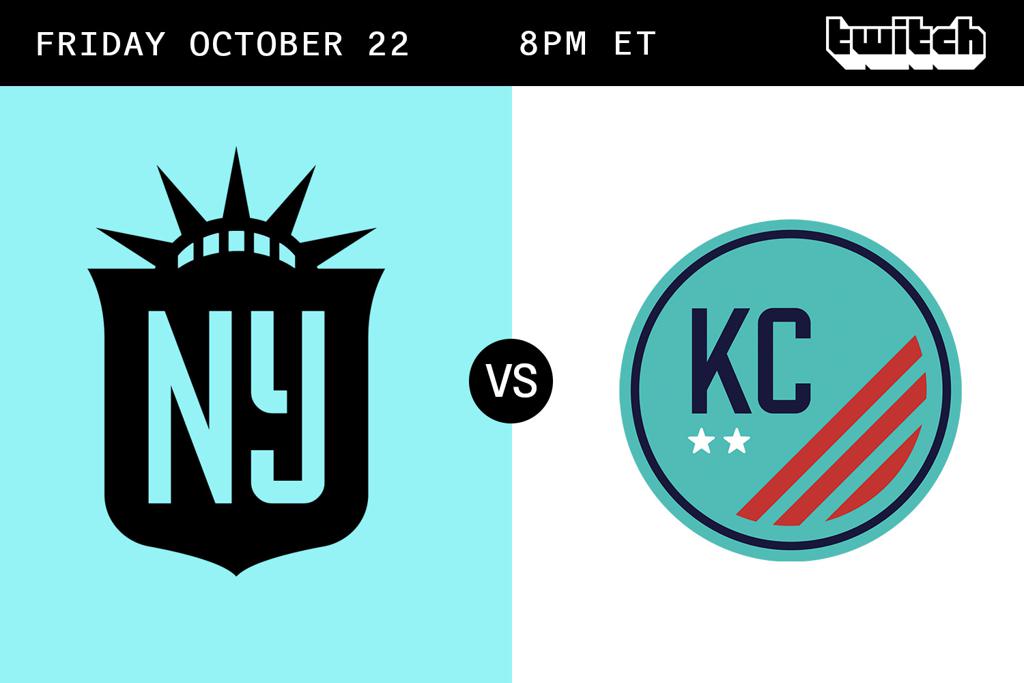 Now unbeaten through its last five matchups, NJ/NY Gotham FC will aim to extend that streak at Kansas City on Friday, October 22. The match will kick off from Legends Field at 8:00 p.m. ET, and will be streamed live on Twitch. Avaya, the club’s official cloud, collaboration, and customer experience partner will present the match digitally to Gotham FC fans.

With three games remaining in the regular season, Gotham FC sits at fifth place in the NWSL standings and holds 32 points. A win for Gotham FC could propel the team to fourth place, solidly above the playoff line and with a game in hand over the other teams.

Coming off a dominant 3-0 performance in North Carolina on Sunday, Gotham FC sits poised to clinch a spot in the playoffs and enter the postseason in top form. Goals in the 53rd and 63rd minutes from Margaret “Midge” Purce sent her to the top of the team goalscoring leaderboard with eight on the season. She also occupies the fifth spot in the league’s Golden Boot race. Then, Carli Lloyd put Gotham FC up 3-0 in the 66th minute off a pass from defender Estelle Johnson.

The expansion side, currently 3-13-6 and 10th place in the NWSL standings, struggled to find momentum to open the season. However, Kansas City has begun to find its stride this month, playing the Portland Thorns to a 0-0 draw Oct. 10 and beating the Houston Dash 3-0 on Oct. 13. Most recently, the club lost at Chicago on Oct. 16. After a first-half own goal and Hailie Mace equalizer put the match at 1-1, Makenzy Doniak scored the game-winner for the Red Stars in the 49th minute.

In the only previous match between the two teams, which took place July 2, Gotham FC and Kansas City played to a 1-1 draw at Red Bull Arena. Gotham FC held the majority of possession, taking the lead off an Onumonu strike in the 30th minute. However, Kansas City found a late equalizer after Mariana Larroquette hit a curling shot from distance in the 82nd minute.

Gotham FC’s victory at North Carolina was the second in a four game road campaign. The team kicked off the road trip with a 3-2 win at Orlando Oct. 9. After Friday’s match at Kansas City, Gotham FC will travel to Louisville for its first-ever game at Lynn Family Stadium on Oct. 28, before returning home to host Racing Louisville in the last matchup of the regular season on Oct. 31. Tickets are still available and can be purchased HERE.