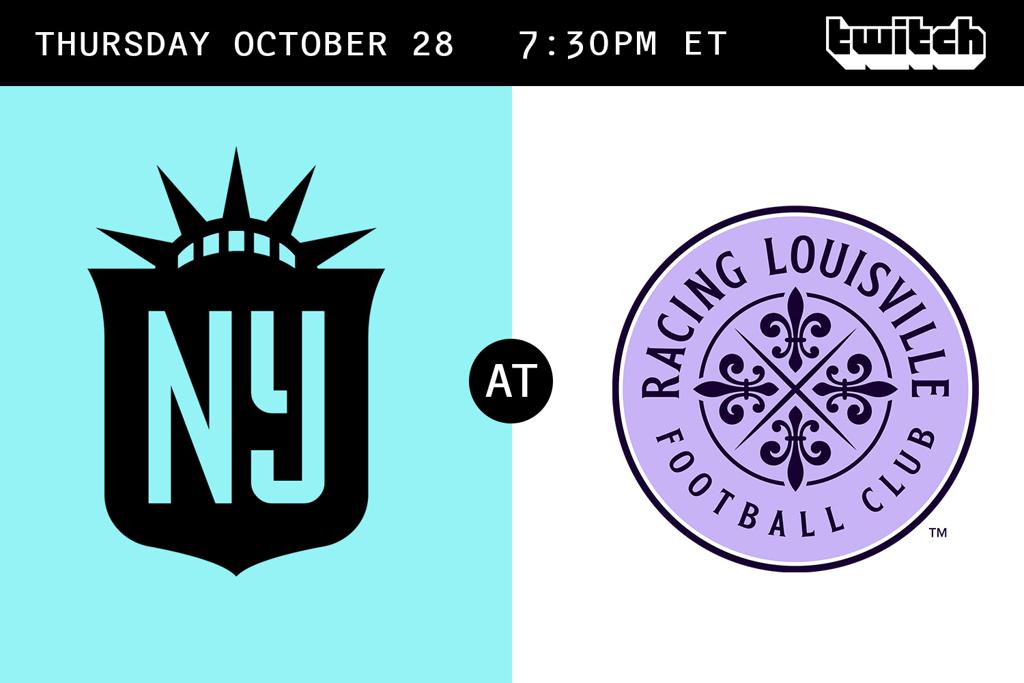 NJ/NY Gotham FC will travel to Lynn Family Stadium for the first time ever in a meaningful matchup against Racing Louisville FC on October 28. The team will aim to clinch a spot in the NWSL playoffs and extend its unbeaten streak to seven matches on Thursday at 7:30 p.m. ET. The match will be streamed live on Twitch and digitally presented to Gotham FC fans by NJM.

As the 2021 regular season winds down, Gotham FC solidly holds on to fifth place in the NWSL standings with 33 points through 22 games played. A win for Gotham FC could propel the team to third place in the standings heading into the final weekend of regular-season NWSL action.

Thursday’s match in Louisville is the last in a four-game road campaign that kicked off with a 3-2 win at Orlando on Oct. 9. Then, the team won 3-0 at North Carolina on Oct. 17. Most recently, Gotham FC played to a 1-1 draw at Kansas City last Friday. Margaret “Midge” Purce opened the scoring in the 24th minute after beating three Kansas City defenders. However, K.C. was able to equalize just before the half from the spot.

In its first season in the NWSL, Racing Louisville FC has hit some early road bumps, including losing veteran attacker Nadia Nadim to an ACL injury in September. The expansion side currently sits at 9th in the table with a record of 5-12-5. Most recently, Racing beat the Orlando Pride 3-1 at home on Oct. 16, with goals by Ebony Salmon, Katie McClure, and Yuki Nagasato.

The Thursday match -- originally scheduled to be played Oct. 1 -- is the second of three regular season matchups between NJ/NY and Louisville. On August 15, Gotham FC came back with a late equalizer from team shooting leader Ifeoma Onumonu after Nadim opened the scoring at Red Bull Arena in the 13th minute. The 83rd minute goal -- scored from distance and in heavy traffic -- salvaged a point and earned Onumonu Budweiser Player of the Week honors for Week 13.

Next, Gotham FC will return home to Red Bull Arena for the final match of the regular season, hosting Louisville on Sunday, Oct. 31 at 3:00 p.m. ET. Tickets are still available and can be purchased HERE.