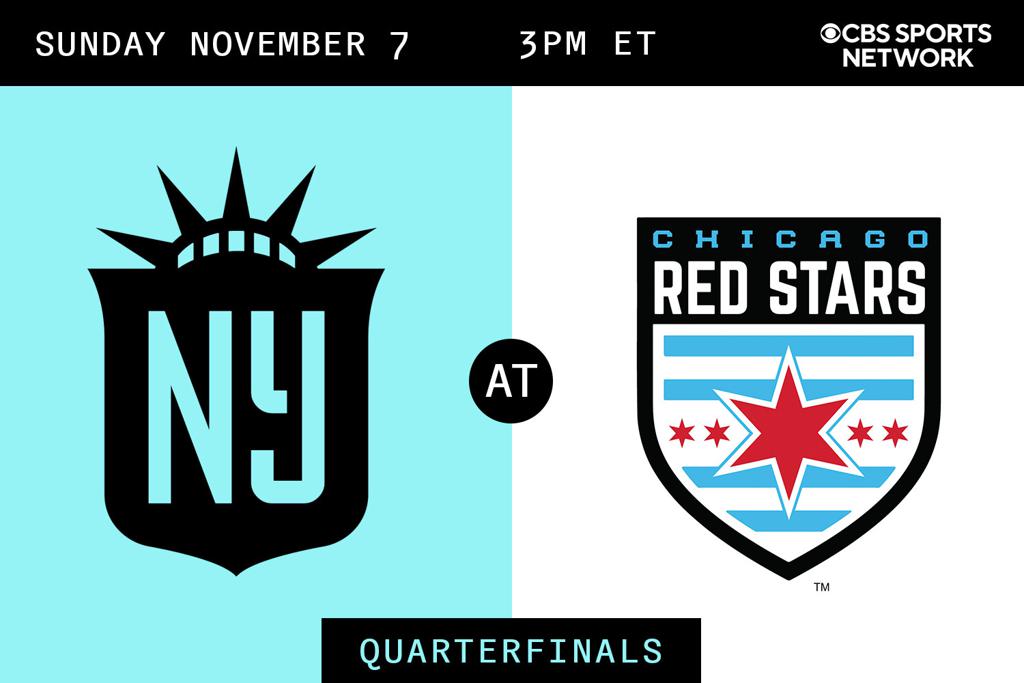 NJ/NY Gotham FC will travel to SeatGeek Stadium in Bridgeview, Ill. to take on the Chicago Red Stars in the opening match of the 2021 NWSL playoffs on Sunday, November 7 at 3:00 p.m. EST. The quarterfinal matchup will be broadcast on CBS Sports Network for those in the U.S. and Twitch for those internationally.

The NJ/NY-based side enters the postseason as a No. 5 seed at 8-5-11 and 35 points. The team is unbeaten since August 29, collecting three wins and five draws in eight matches to close out the regular season, including four on the road.

Most recently, Gotham FC is coming off a pair of 1-1 draws with Racing Louisville FC on October 28 and 31 that cemented its spot in the playoffs, with goals scored by Ifeoma Onumonu and Carli Lloyd.

The Chicago Red Stars currently hold a No. 4 seed after earning 38 points through 24 games in the regular season. The team is led by attackers Kealia Watt and Mallory Pugh and defender Sarah Gorden, but could be without Casey Krueger due to illness. Most recently, the team has played the Orlando Pride to a pair of 1-0 wins -- with Watt scoring the game winners in both -- in addition to a 2-1 win against Kansas City on October 16.

Gotham FC and the Red Stars have met on three previous occasions this season, resulting in a pair of 0-0 draws on May 22 and September 4 and a 2-1 Gotham FC home win on July 25. The clubs have faced off only once before in an elimination-round game: during last year’s Challenge Cup semi-final. Chicago ultimately won the match 3-2 and went on to drop the final to the Houston Dash.

The winner of Sunday’s match will move on to the semifinals, taking on the top-seeded Portland Thorns at Providence Park on Nov. 14 at 5:30 p.m. EST for a chance to play in the 2021 NWSL Championship, set to be played in Louisville on Nov. 20.