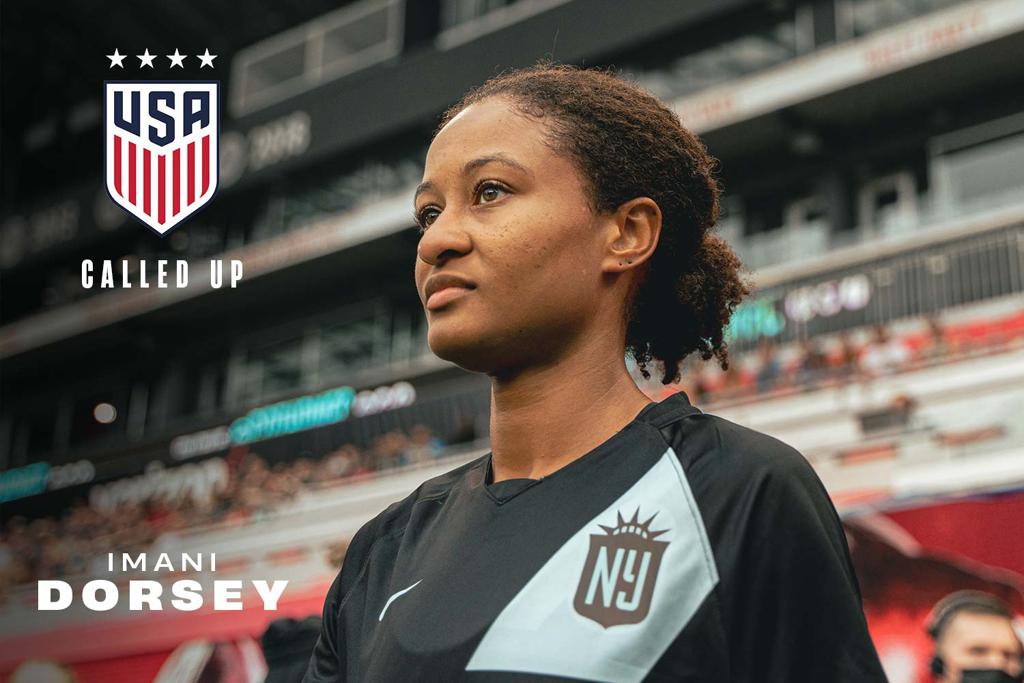 NJ/NY Gotham FC defender Imani Dorsey was added to the U.S. Women’s National Team roster for the two November friendlies in Australia and will join Gotham FC teammate Margaret “Midge” Purce in camp. The call up will provide additional depth to the outside back position and will bring the total roster to 23 players.

Dorsey was drafted fifth overall in the 2018 NWSL Draft and was later named 2018 Rookie of the Year after scoring four goals and one assist. She started 14 of the 16 matches played this season and logged 1270 playing minutes. This will be Dorsey’s second call up to the USWNT. She attended Vlatko Andonovski’s first training camp in November 2019 and participated in the U.S. Women’s National Team Training Identification Camp the following month.