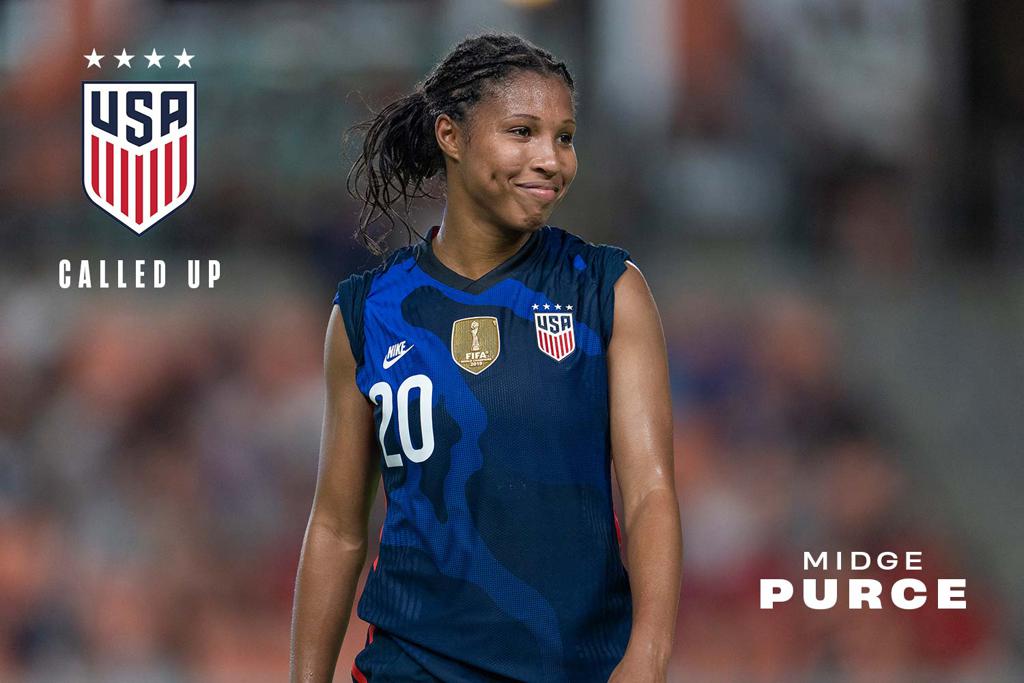 NJ/NY Gotham FC forward Margaret “Midge” Purce has been named to the U.S. Women’s National Team roster ahead of two international friendlies in Australia to close out 2021. Despite primarily playing as a defender for the USWNT, Purce was included in the list of forwards after turning in a series of impressive offensive performances with Gotham FC. Purce’s last appearance (seventh overall) with the USWNT was on June 13 against Jamaica in the Summer Series where she scored her second career goal.

Purce was recently named the NWSL Player of the Month for October. The 26-year-old scored four goals in three games including the game winner against the Orlando Pride and a brace against North Carolina. She finished the 2021 season with nine goals, just one behind the Golden Boot winner Ashley Hatch. Purce was also nominated Most Valuable Player as part of the 2021 NWSL Awards to be voted on by players, owners/GMs/coaches, media, and fans.