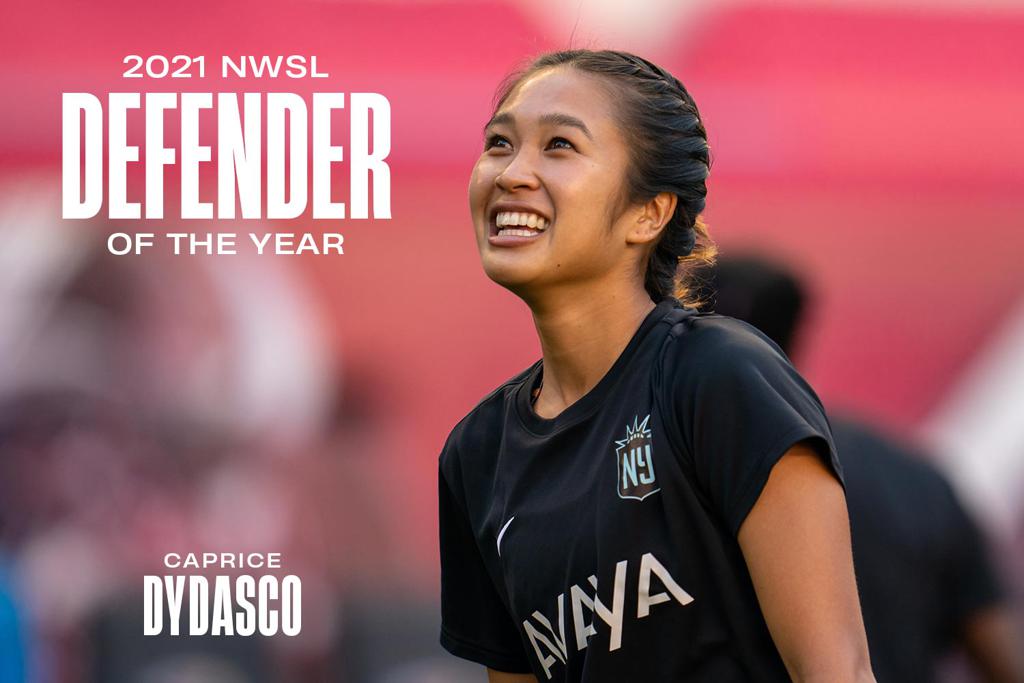 The 2021 NWSL Awards were voted upon in two rounds with fans having the opportunity to participate in the final round of the voting process. The final round of voting used a weighted scale of players (50%), owners/GMs/coaches (20%), media (20%) and fans (10%).

In her most productive NWSL season since joining the league in 2015, Dydasco started 23 of the 24 regular season games played and logged a team high 2073 minutes. She led the team with five assists, only one shy of the league leader, and added her first NWSL goal this season both of which marked career bests for her. Dydasco finished the year with an 80.1% passing accuracy while averaging 56 passes per match. Instrumental on both ends of the field, Dydasco was impressively named to the NWSL Team of the Month five out of the six times throughout the season – more than any other player in the league.

This season Dydasco celebrated her 100th regular season appearance on October 6 at Subaru Park in Harrison, Penn. against her former team the Washington Spirit.