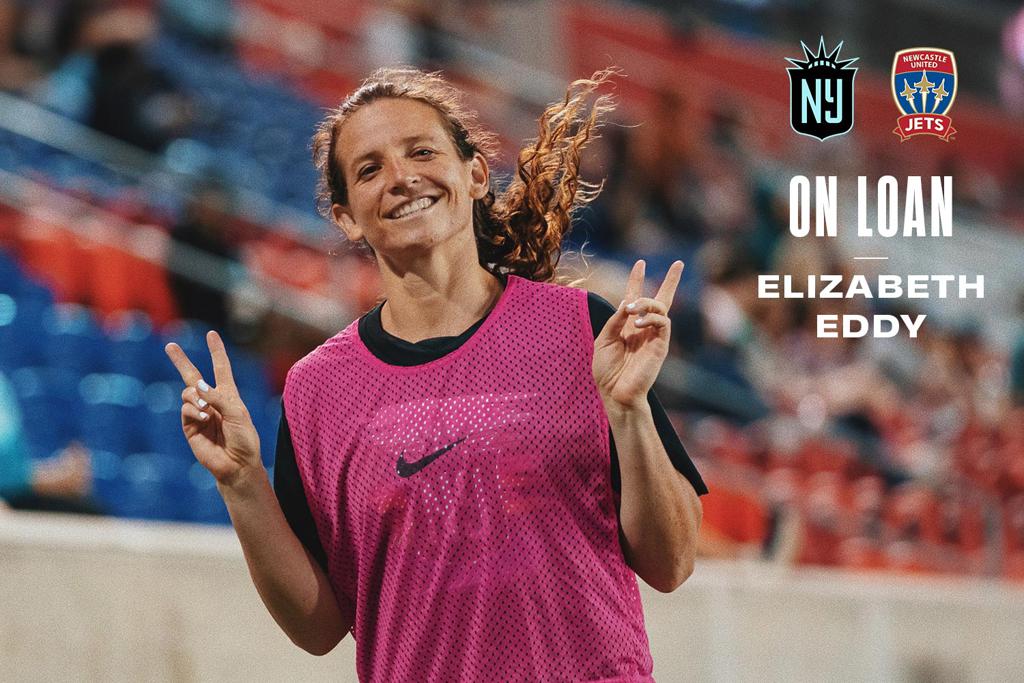 NJ/NY Gotham FC of the National Women’s Soccer League announced today that Elizabeth Eddy is being sent on loan to the Newcastle United Jets. The Costa Mesa native will join the New South Wales club in the Australian A-League Women through March 28, 2022 after which time she is expected to rejoin Gotham FC for the 2022 season.

"We are excited for Elizabeth to join Newcastle United for the duration of the NWSL off-season,” said Interim General Manager Yael Averbuch West. “It’s a wonderful opportunity for her to continue challenging herself and developing her skills in a competitive environment. We look forward to cheering her on and watching her continued growth as a player.”

Eddy, 30, was acquired by Gotham FC via trade with the North Carolina Courage in June 2019. During the 2021 NWSL regular season, she appeared in 17 games, logged over 500 minutes, and recorded an assist. Eddy’s versatility on the field and ability to directly impact the game greatly contributed to the club’s success throughout the season.

Gotham FC wishes Elizabeth the best of luck in Australia and looks forward to her return in 2022.