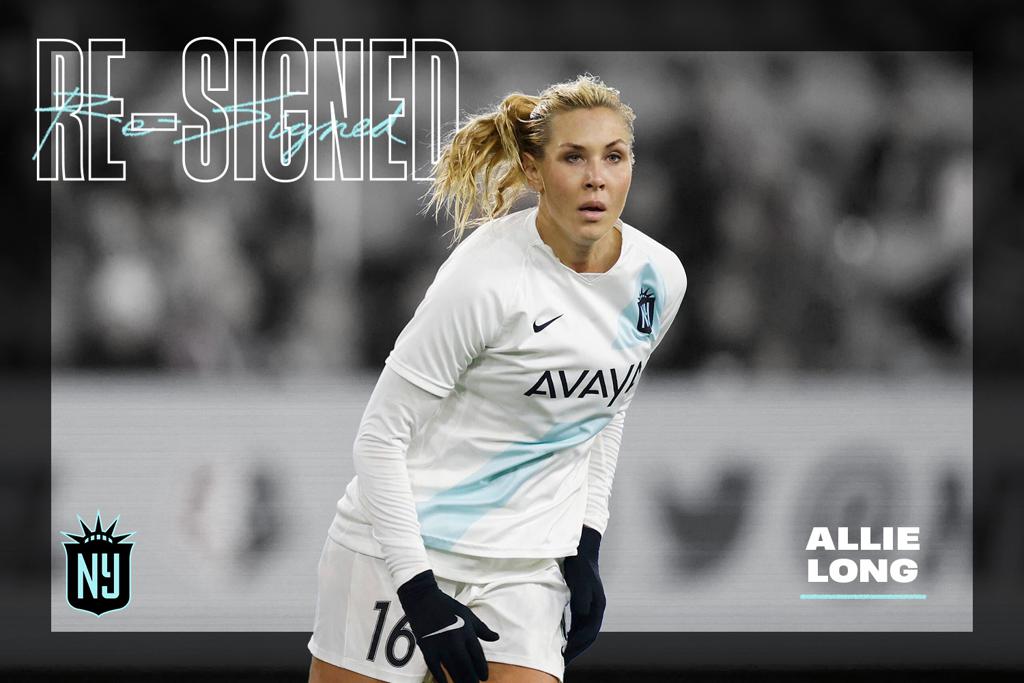 HARRISON, N.J. (December 3, 2021) ­– Gotham FC of the National Women’s Soccer League announced today that midfielder Allie Long has inked a new deal that will keep the Long Island native with the club through the 2023 season. Long was acquired via trade with OL Reign in April.

“Bringing Allie back was a key offseason priority for us,” said Interim General Manager Yael Averbuch West. “She’s an incredible talent who plays with such consistency and composure. She played a big role in solidifying our midfield last season and led by example on and off the field. We’re thrilled to welcome her back.”

Through nine NWSL seasons, the 34 year old has totaled 173 appearances, scoring 35 goals across all competitions and assisting 16 more. In her first year with Gotham FC, Long logged over 2000 minutes in 23 regular season games and found the back of the net once. During the 2021 season, she reached the 150 regular season appearance milestone, becoming only the sixth player in league history to do so. Widely known for her ability to distribute, Long finished the season with a team high 91% passing accuracy.

A veteran leader on the squad, Long is one of two World Cup Champions on the Gotham FC roster. She has six goals in 45 appearances with the U.S. Women’s National Team. In addition to winning the 2019 FIFA Women’s World Cup, Long was an integral part of the 2016 Olympic roster and earned Player of the Match honors.