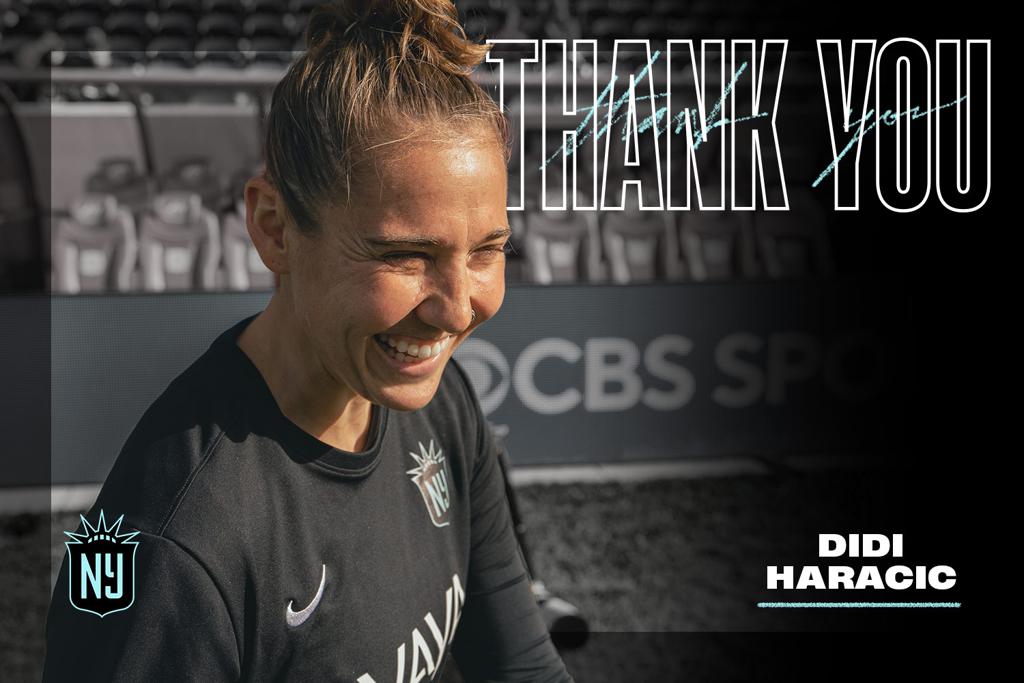 NJ/NY Gotham FC of the National Women’s Soccer League announced today that goalkeeper DiDi Haracic’s rights have been traded to expansion side Angel City FC. As part of the trade, Gotham FC will acquire $50,000 in allocation money in addition to protection in the upcoming 2022 Expansion Draft presented by Ally. With the protection, Gotham FC now has full immunity in the expansion draft.

“DiDi played a key role in our club’s success last season, and we’re incredibly thankful for the effort and passion she brought to work every day,” said General Manager Yael Averbuch West. “Our goal as a club is to always put our players first, and DiDi expressed an interest in pursuing a new career opportunity. We’re happy we were able to help facilitate her next chapter and wish her nothing but success in Los Angeles.”

Haracic heads west following three seasons with Gotham FC after originally being acquired in January 2019 in a trade with the Washington Spirit. She notably stepped into the starting role during the 2021 Challenge Cup after Kailen Sheridan sustained an injury on international duty. While in goal for the pre-season tune up, she recorded three shutouts, led the team to the Challenge Cup Final against the Portland Thorns, and earned Challenge Cup Final Save of the Week honors. Haracic finished the 2021 regular season with eight appearances, logged 675 minutes, and recorded a 79.3% save percentage with two shutouts.