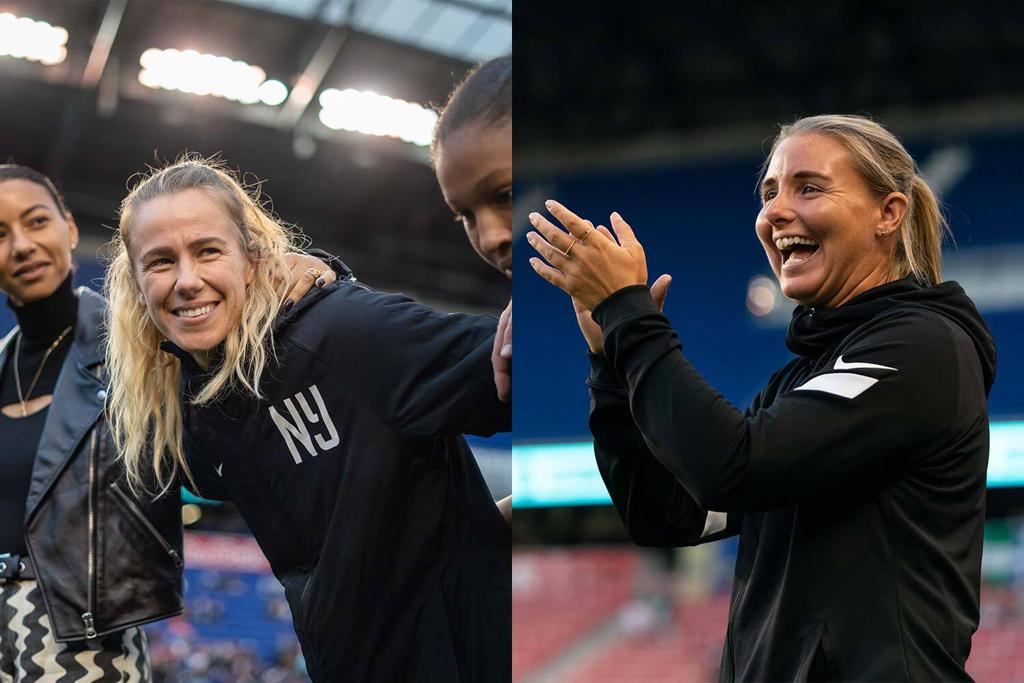 HARRISON, N.J. (December 13, 2021) – NJ/NY Gotham FC of the National Women’s Soccer League has announced today that Assistant Coaches Becki Tweed and Beverly “Bev” Yanez will remain with the club through the 2022 season. Tweed was re-signed to a one-year contract with a one-year option and Gotham FC exercised the contract option on Yanez.

“We are thrilled to keep both Becki and Bev with the club for another season,” said General Manager Yael Averbuch West. “They are exemplary coaches and a play crucial role what we are trying to achieve here in terms of building a culture, setting standards of excellence, and developing players. We have the utmost confidence in the technical staff to continue pushing Gotham FC to achieve even higher levels of success.”

Tweed has been an assistant coach at Gotham FC since 2019, serving under both Freya Coombe and Scott Parkinson. She notably stepped in as acting head coach for a September match to bridge the head coaching transition following Coombe’s departure and helped the team earn a valuable point at home against the Chicago Red Stars. Tweed recently earned her U.S. Soccer National A Senior Coaching License.

“I’m excited to re-sign and continue my coaching journey at Gotham FC,” side Tweed. “It’s a really exciting time for the club and I can’t wait to see what 2022 will bring. Gotham FC is going from strength to strength each year on and off the field and to be able to be a part of this growth is truly a privilege. We have a young, committed, and passionate group of staff and unbelievably talented group of players. Every day is a day to grow in this environment and I can’t wait to get back on the field for 2022.”

Yanez joined the Gotham FC technical staff partway through the 2021 season to fill the coaching vacancy after Becca Moros accepted the Head Coach position at the University of Arizona. Her nine of years of professional experience, six of which were played in the NWSL, have been an invaluable resource for Gotham FC players in her first year of coaching at the professional ranks. After joining the club in August along with Head Coach Scott Parkinson, the team went 3-0-5 to finish the regular season and made playoffs for the second time in club history. Yanez is currently pursuing her U.S. Soccer B License and expects to complete the course in early 2022.

“I couldn’t be more excited to continue as one of the assistant coaches for Gotham FC,” said Yanez. “From the top down, this club’s professionalism and values are something that I am proud to be a part of. I know I will continue learning and growing here with the incredibly caring and knowledgeable staff I’m constantly surrounded by. I have felt welcomed, supported, challenged, and appreciated which has allowed me to continue to push to provide everything I can for the players. I will continue to do everything possible to support the players reaching their maximum potential on and off the field. I truly believe in the direction the club is heading. I feel very fortunate to work with and learn from such respected coaches like Scott and Becki this early in my professional coaching career.”