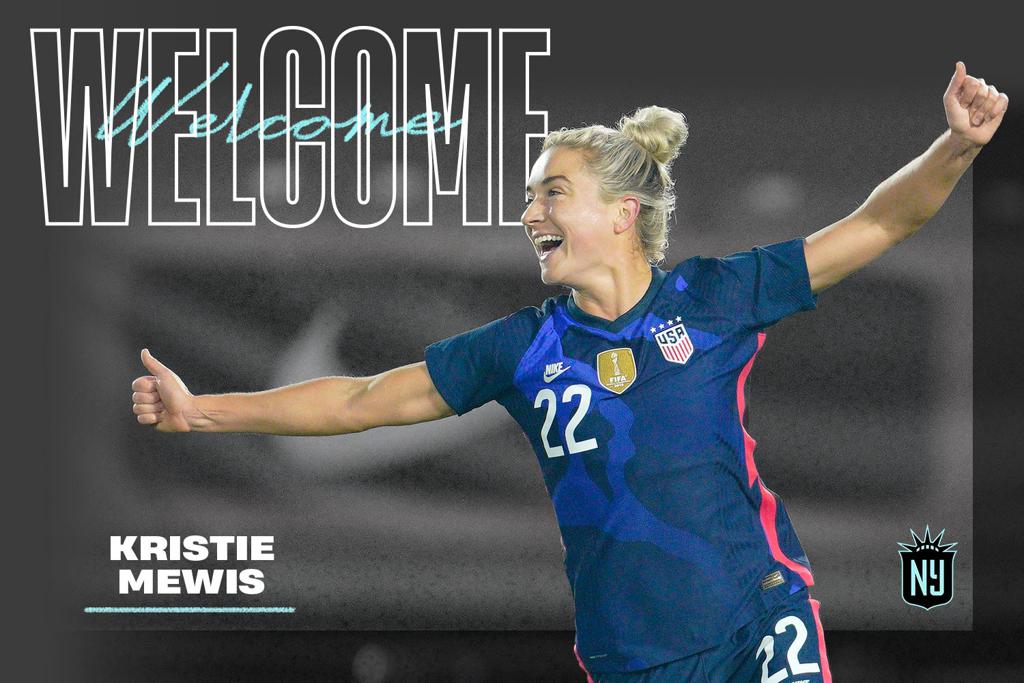 NJ/NY Gotham FC of the National Women’s Soccer League announced today that the club has acquired U.S. Women’s National Team midfielder Kristie Mewis from San Diego in exchange for $200,000 in allocation money. She was San Diego’s first selection in the 2022 NWSL Expansion Draft presented by Ally.

"Kristie is the exact type of player we're looking for at Gotham FC," said General Manager Yael Averbuch West. "She's fought extremely hard to come back from some early adversity in her career and has transformed herself into a tremendous player. She'll fit right in thanks to her dedication, passion, and grit."

A nine-year veteran of the NWSL, Mewis joins Gotham FC following five seasons with the Houston Dash where she helped lead the team to the 2020 NWSL Challenge Cup Championship. In a comeback story for the ages, her performance with the Dash propelled her back into the USWNT picture after a five-year long absence since making her last appearance for the National Team in 2014. In 2020, she scored her first goal in 2,722 days, the longest span between goals in U.S. history, and in her resurgence has since gone on to score two more goals and collect four assists.

“Bringing Kristie here instantly makes us a better team,” said Head Coach Scott Parkinson. “She excels in so many facets of the game and the quality she displays in the final third is world-class. I cannot wait to start working with her.”