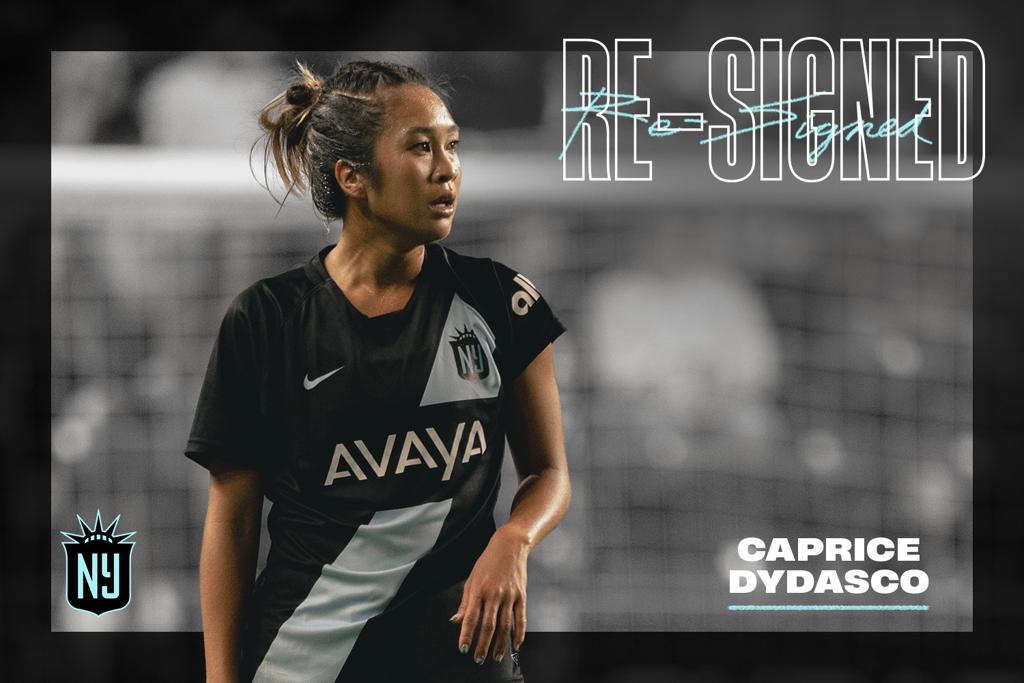 NJ/NY Gotham FC of the National Women’s Soccer League announced today that defender Caprice Dydasco has signed a two-year deal that will keep her with the club through the 2023 season. She was originally acquired by Gotham FC in a trade with the Washington Spirit in 2019.

“It’s a great day for our club,” said Head Coach Scott Parkinson. “Caprice was lights out last year and very important to our team on and off the field. We are so excited to have her back!”

Dydasco returns to the club following one of her most productive seasons in the NWSL that saw her earn Defender of the Year honors in addition to being named to the Team of the Month on five occasions. The 28-year-old appeared in every match for Gotham FC and logged a team high 2073 playing minutes across 24 regular season matches.

A mainstay on the backline, Dydasco completed 62.7% of her tackles, finished the season with a 79.8% passing accuracy while averaging 57 passes per match, and collected a team high 49 interceptions. She was also instrumental pressing forward and getting into the attack. Dydasco scored her first career NWSL goal against Orlando in June and contributed five assists, finishing third overall on the league leaderboard.

“I’m happy to sign and return back to Gotham FC this season,” said Dydasco. I’m looking forward to building off of last season both on and off the field. I believe we have a special group of players, staff, and ownership to make this year really great.”