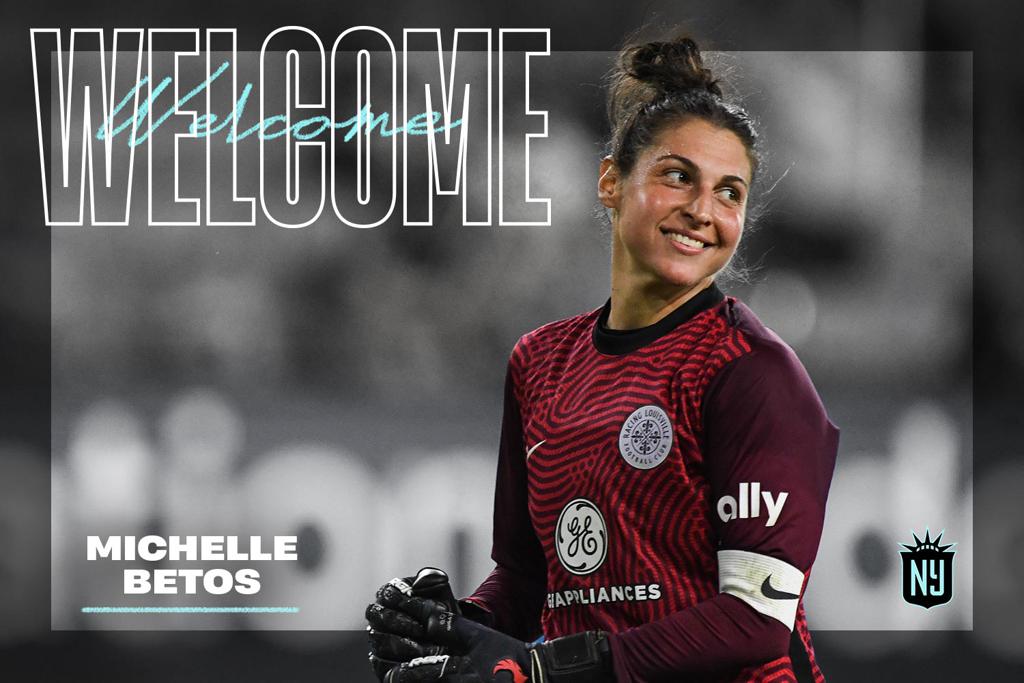 NJ/NY Gotham FC of the National Women’s Soccer League announced today that veteran goalkeeper Michelle Betos has signed a two-year deal that will bring the New Yorker back to her hometown roots. Gotham FC acquired her rights in December after Racing Louisville FC waived her.

“I can’t believe we managed to get Michelle here with us in Gotham FC, said Head Coach Scott Parkinson. “She’s a competitor, has the highest standards professionally and will help us all understand what it means to play for and represent this community.”

After more than a decade-long career that has spanned multiple leagues both overseas and domestic, the Queens, N.Y. native will finally get the opportunity to play in front of a hometown crowd.

“I’m thrilled to be joining this club,” said Betos. “I have always dreamed of playing at home and Gotham FC just inherited 40+ crazy Italian fans at Red Bull Arena every weekend.”

Betos joins Gotham FC after a season with expansion side Racing Louisville FC where she started 20 matches, logged 1800 minutes, and recorded an impressive 96 saves. The team captain finished the year second overall on the league leaderboard for saves despite being sidelined with an injury late in the season.

Prior to Racing, Betos spent her first seven seasons in the NWSL in the Pacific Northwest competing on both sides of the Cascadia Rivalry. After playing the inaugural NWSL season with then Seattle Reign, Betos found her way to the Rose City where she would go on to earn the 2015 Goalkeeper of the Year award and help the Thorns win the 2016 NWSL Shield alongside current Gotham FC teammate Allie Long. In 2015, she notably scored an equalizer in the 95th minute against then FC Kansas City, making her the first goalkeeper to score in NWSL history. Betos played overseas in Norway for Toppserien side Vålerenga Fotball Damer in 2017 before returning to the Reign in 2018.

“I have such an incredible amount of respect for everyone in the organization from the top down, and I know their locker room is truly a special one,” added Betos. “The potential of this team is so exciting, and I believe we will achieve great things this season and beyond.”