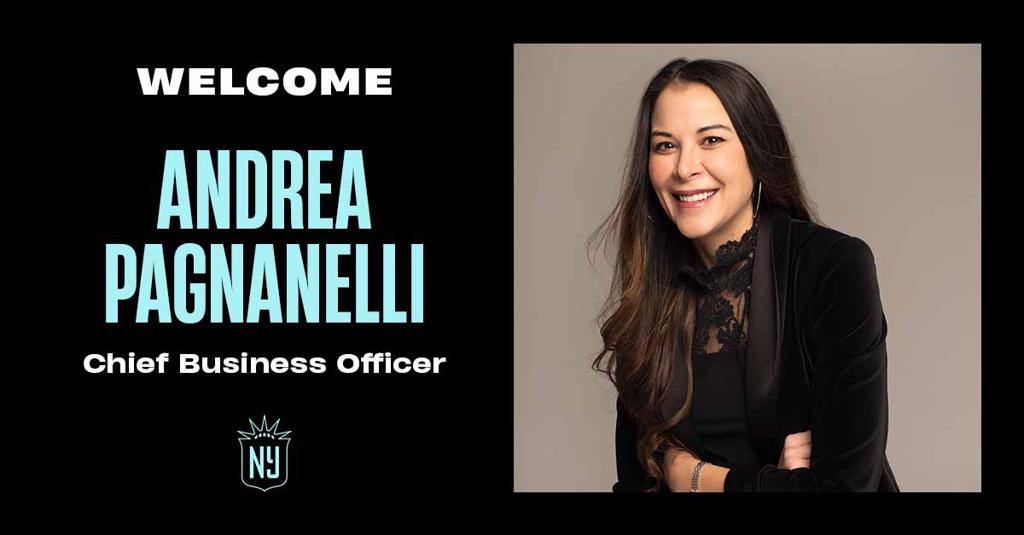 A former D-1 soccer player and graduate of Brown University, Pagnanelli is an experienced executive with a 15 year track record of success in the sports industry. She has held roles in the NFL, NBA, MLS, and at Relevent Sports; been named one of Forbes' 30 under 30, and was honored as a "Woman of Influence" by the New York Business Journal.

“As a former soccer player, it’s an honor to join the Gotham FC family and I’m thankful to ownership for placing their trust in me,” said Pagnanelli. “It’s an exciting time to join the club. All the tools are in place for continued, exponential growth. I am beyond excited to help this team reach its maximum potential in the New Jersey and New York markets.”

Prior to joining Gotham FC, Pagnanelli focused on growing the game of soccer domestically and internationally with the MLS’ Los Angeles Football Club (LAFC) and Relevent Sports. At LAFC, Pagnanelli served as the Executive Vice President of Venue & Event Strategy, where she oversaw all events, including concerts, festivals, sporting events, and conferences, at Banc of California Stadium. At Relevent Sports, she was responsible for all activities related to the annual marketing plan, brand strategy, ticketing, social media, sponsorship activation, and digital execution for the International Champions Cup.

“Andrea is an absolute rock star with a resume that speaks for itself,” said Club Vice Chair Ed Nalbandian. “She’s extraordinarily well-versed in the business of soccer and has an incredible drive and passion for growing the game. She’ll be an invaluable addition to our organization and I’m excited to welcome her to the family.”

Pagnanelli started her career with the NBA’s Phoenix Suns before accepting a front office position with the NFL’s New York Jets. The Jets promoted Pagnanelli to Group Sales Manager when she was 23 years-old, making her the youngest head of group sales in the NFL. She left the Jets in 2012 to start her own company, LeapSeats, which provided an in-venue seat upgrade app for fans. She currently sits on the board of the Super Soccer Foundation and on the advisory board for Fan Compass.

Kristin Bernert, Interim Head of Business Operations for Gotham FC, led the search as part of the talent recruitment arm of KB2 Sports, which will continue to partner closely with Gotham FC in an advisory capacity.