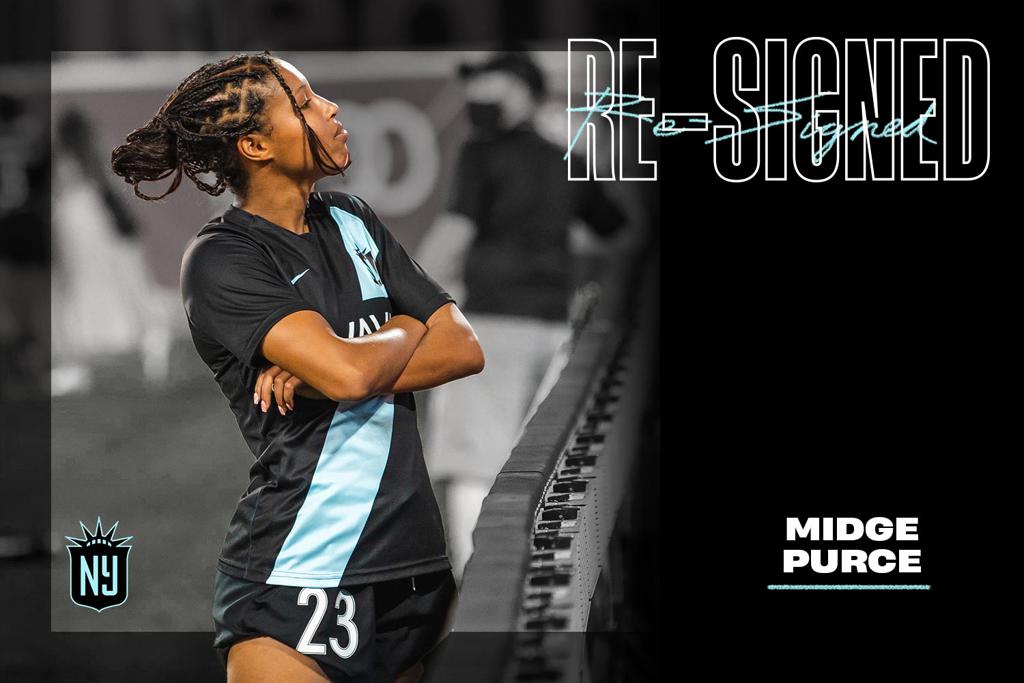 NJ/NY Gotham FC of the National Women’s Soccer League announced today that forward Margaret “Midge” Purce will return to the club on a two-year contract. Purce was drafted 9th overall by the Boston Breakers from Harvard University in the 2017 NWSL Draft and came to Gotham FC (then Sky Blue FC) via a trade with the Portland Thorns in 2020.

“Midge is everything we want to be on and off the field,” said Head Coach Scott Parkinson. “She’s a smart and intelligent footballer that can defend from the front for 90 minutes and is a constant threat when we have the ball. She’s a tough player for teams to silence and we are ecstatic she wants to play her football here in NJ and NY.”

Purce returns to Gotham for her sixth season in the NWSL following a breakout 2021 campaign. The Silver Spring, Maryland native started in all 18 of her appearances for Gotham FC this season, logging 1,477 minutes on the pitch for the club. She led the NJ/NY side with 9 goals paired with one assist and was an integral part of a forward group that led the team to the playoffs. Her dynamic play late in the season garnered her the recognition of NWSL October Player of the Month and a second place finish in the NWSL Golden Boot Race.

In November, Purce was named to the U.S. Women’s National Team roster ahead of two international friendlies in Australia, taking her number of international caps up to nine. Purce was also one of the 26 names among Vlatko Andonovski’s player roster for the BioSteel Training Camp in Austin, Texas in January adding yet another distinction to her young national team career.