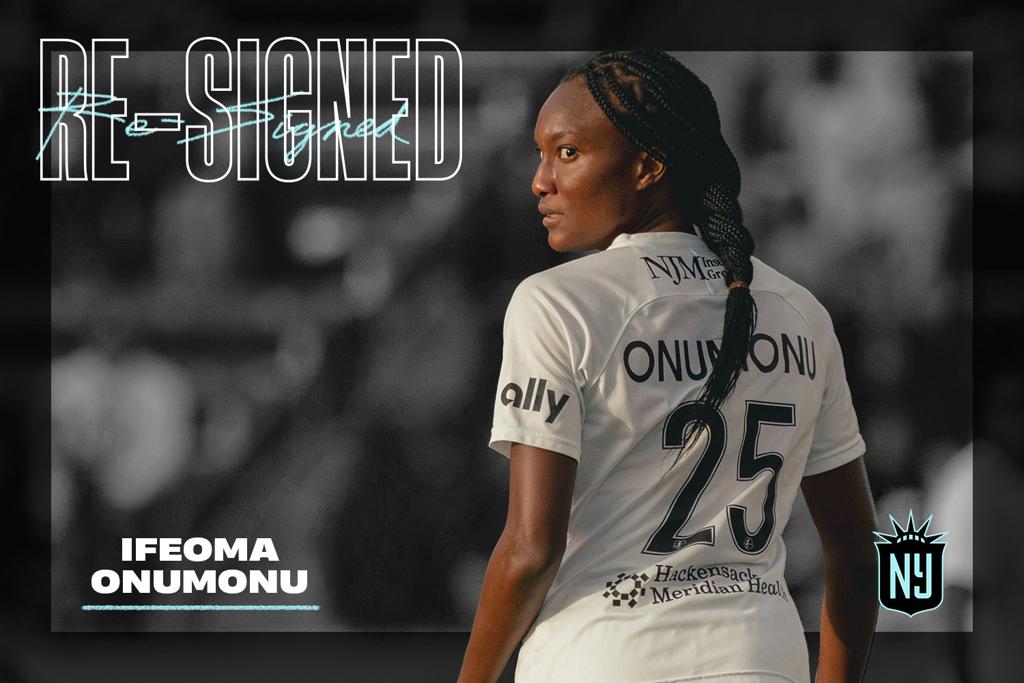 NJ/NY Gotham FC of the National Women’s Soccer League announced today that forward Ifeoma Onumonu will return to the club on a one-year contract. Onumonu was drafted 8th overall by the Boston Breakers out the University of California-Berkeley in the 2017 NWSL draft and was traded to Gotham FC (then Sky Blue FC) from OL Reign in January of 2020.

“Ify is everything you want in a 9 in this league,” remarked Head Coach Scott Parkinson. “Across goals and assists, she was one of the most productive players in the league. To have her lead our front line for years to come is great news to everyone here at Gotham FC.”

Onumonu returns for her sixth season in the NWSL following a stellar 2021 spell that saw her make 25 appearances and 22 starts for Gotham FC. The 27-year-old was a consistent force for the NJ/NY attack whenever on the pitch and was the team’s most balanced scorer with 8 goals and 4 assists on the year.

"I’m really excited to re-sign with Gotham FC," said Onumonu. "From the beginning, this organization has been really good to me and I’m looking forward to fighting for a championship this upcoming season with the excellent group that we have. Can’t wait to get it started!!"