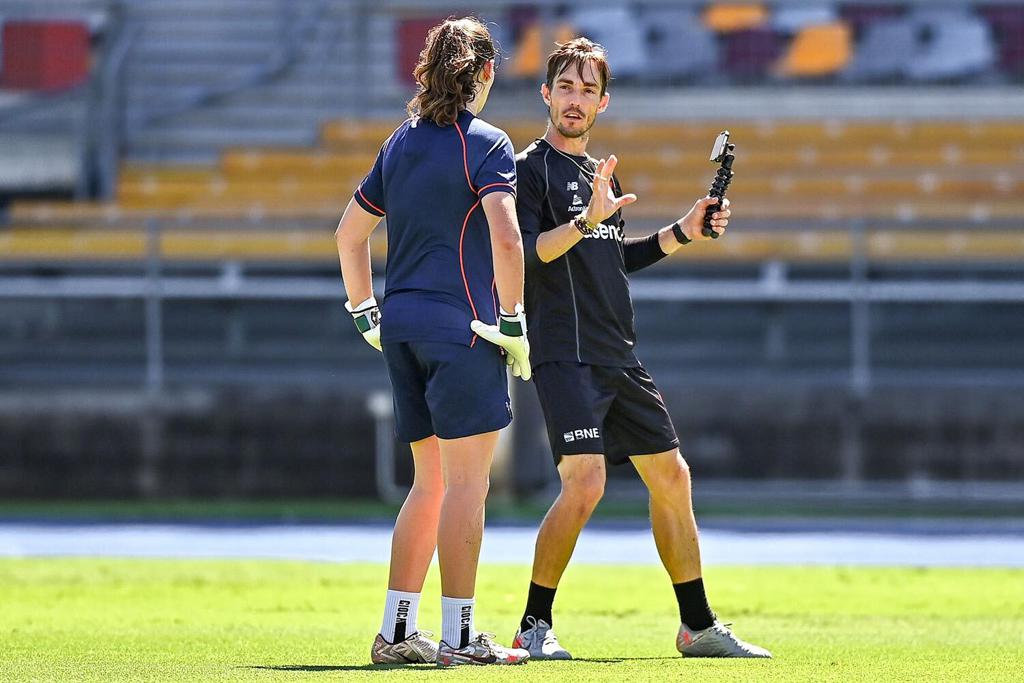 NJ/NY Gotham FC of the National Women’s Soccer League has announced today the signing of Goalkeeper Coach Brody Sams for the 2022 season. Sams, a native Australian, will oversee the club’s last line of defense.

“Brody is a phenomenal addition to our club. He came with some of the highest praise possible from players and staff within our league today. He has such a positive energy about him and an impressive view of goalkeeping and ways of teaching it,” said Coach Scott Parkinson.

“His character is exactly what we were looking for. We want to build an elite Goalkeeper department that improves the Goalkeepers we have, develops the next generation locally and also help bring through some next generation Goalkeeper coaches in the women’s game,” remarked Parkinson. “We have huge aspirations for the GK department at our club and we know Brody is the coach to drive it forward.”

Sams enters the ninth year of his career coaching soccer, with his most recent role being the Goalkeeper Coach of Brisbane Roar FC of the A-League Women, Australia’s highest level of women’s soccer. Former goalkeepers Brody has worked with have had major success not only within the top-flight of Australian Women’s soccer, but on the international level for Australia, the NWSL, and even the World Cup. With experience in both the women’s and men’s game, Sams brings a holistic coaching approach to Gotham FC and will look to build a formidable unit in net.

"Quite simply, I’m honored, grateful and beyond excited to be joining the Gotham FC family!” said Sams. “After speaking with Scott (Parkinson), Yael (Averbuch), and then having conversations with Bev, Becki, and Phil, it was really a no-brainer when it came to deciding to make the shift from the other side of the world. You can see that what everyone is building here is pretty special.”

Sams expressed his excitement when it comes to coaching the newly formed the Gotham FC Goalkeeper Union. “Ashlyn (Harris), Michelle (Betos), and Hensley (Hancuff)? You just don’t get much better than that. I must be one of the luckiest coaches on the planet. I cannot wait to get out there and to get to work!”