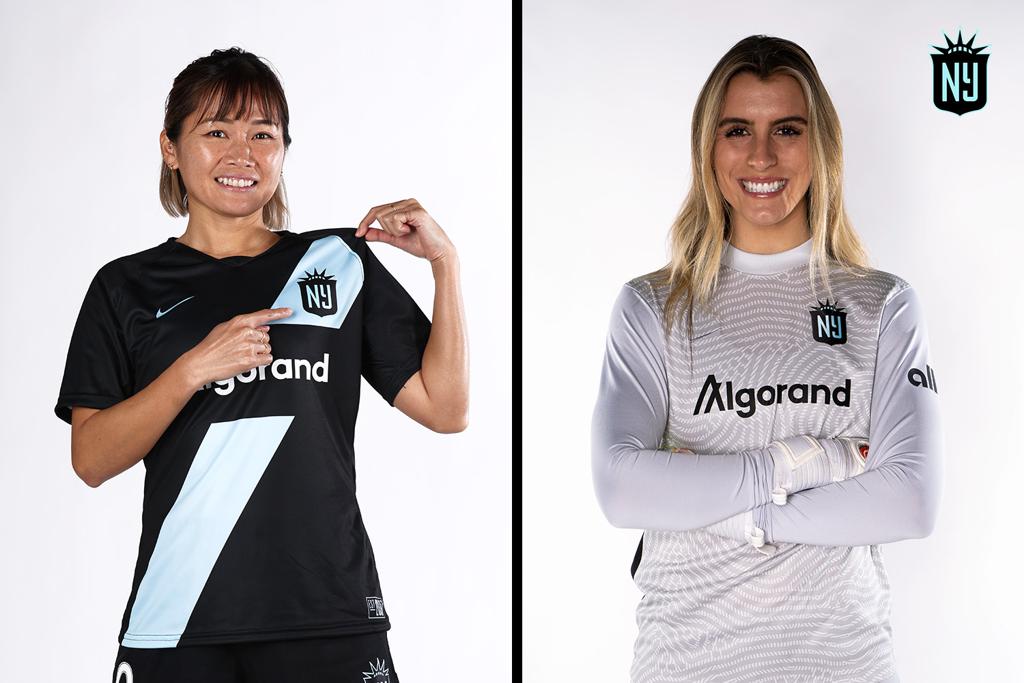 HARRISON, N.J. - NJ/NY Gotham FC has announced the signing of Japanese international midfielder Nahomi Kawasumi to a contract extension through the 2023 season and that it has come to terms with goalkeeper Hensley Hancuff to a rookie contract for one year with an option for an additional year.

Kawasumi was acquired prior to the 2019 season via trade with OL Reign and has made 43 combined regular season and postseason appearances with the club. In 2021, she registered a goal and four assists in 24 matches. Kawasumi, who won the 2011 World Cup and a silver medal at the 2012 Olympics, joined the Reign in 2016 after an eight-year career in her native Japan.

“Naho is as important to our club and any player we have,” said head coach Scott Parkinson. “She’s the most professional player I’ve ever worked with and she sees the game at the highest level. We have a saying on the staff, ‘be like, Naho.’ Having Naho here for the long term is a very important signing for us.”

Hancuff, a graduate of Clemson, was selected with the eighth pick in the third round (No. 34 overall) in the 2022 NWSL Draft. The 6’3'' netminder began her collegiate career at Villanova and boasted a combined 29-13-4 record with 10 shutouts.

“Hensley is a fierce competitor and wonderful human,” Parkinson said. “She’s improved our club already in six weeks of being here. Seeing her grind and compete everyday with Ashlyn (Harris) and Michelle (Betos) has been a joy to watch. We feel we have special talent on our hands and are excited to see her blossom and develop into a top goalkeeper in our league.”

Gotham FC opens the NWSL Challenge Cup against the North Carolina Courage on Saturday, March 19, 2022. The match, to be hosted at Sahlen's Stadium at Wakemed Soccer Park, is slated for a 7 p.m. ET kick-off on Paramount+.

Season tickets are on sale now. A pre-sale for single-game tickets will begin on Tuesday, March 22 and go on-sale to the public on Wednesday, March 23. To sign up for the pre-sale, click here.