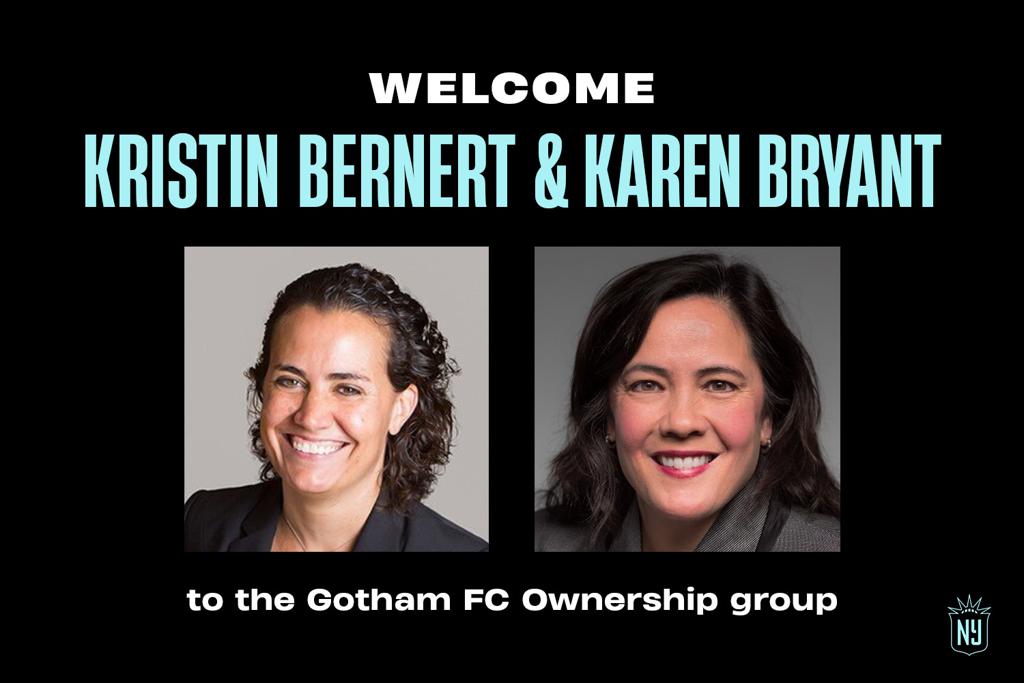 “Karen and Kristin are two highly respected and proven operators in women’s sports,” said Tammy Murphy, Majority Owner and Club Chair. “We worked with them last season to enhance our business operations and I witnessed their passion, knowledge, and leadership first-hand. It’s an honor to welcome them as owners and strategic advisors who will help continue the positive transformation of this club and league.”

“The time to double down on women’s sports is now,” said Bryant. “It’s a privilege to join Gotham FC’s ownership group. These world-class athletes are social ambassadors, creators, and storytellers who deserve the same exposure and investment their male counterparts receive. I’m excited to work with Tammy, Ed, and Kristin to help make that a reality.”

Bryant will serve as KB2 Sports’ Operating Partner with Gotham FC and brings more than 25 years of leadership experience to the club. She started her sports career as General Manager for the Seattle Reign of the American Basketball League before beginning a 15-year tenure with the WNBA’s Seattle Storm. Bryant started with the Storm as a Senior Director of Business Operations before being promoted to Chief Operating Officer and then President and Chief Executive Officer. As President and CEO, Bryant oversaw the Storm’s transition from an NBA-affiliated team to an independently owned team in 2008. She left the Storm in 2014 and founded Suite J Consulting, a sports management consulting and executive coaching firm. From 2017-2020, Bryant served as the CEO of Atavus Sports, a coach education and performance analytics startup.

“I’m grateful for the opportunity to invest in these incredible athletes and beyond excited to help build this club’s future,” said Bernert. “I’ve worked in sports for almost two decades and we’re experiencing an unprecedented inflection point for women’s sports. Coupled with the strong interest in soccer and the World Cup coming to the United States in 2026, Gotham FC is positioned perfectly to capitalize on the moment given its location and star power.”

“We’re thrilled to welcome Karen and Kristin to our ownership group.” said Ed Nalbandian, Owner and Vice Chair. “Bringing in two people with their level of knowledge and expertise speaks volumes about where we are and where we’re headed as an organization. I’m excited about the active role Karen will play in the day-to-day club operations and the wealth of knowledge Kristin brings to the league’s Board of Governors will be invaluable. I look forward to working with them to make Gotham FC the premier women’s sports franchise.”