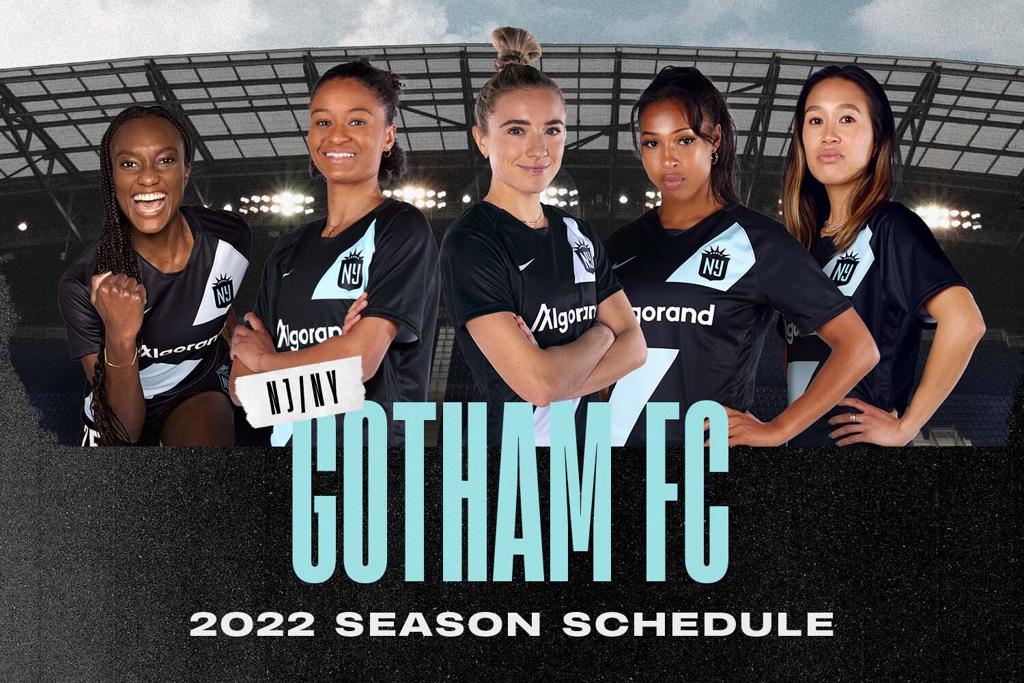 Gotham FC opens up the season with a pair of road matches at the Orlando Pride on Sunday, May 1 (7 p.m. ET) and San Diego on Saturday, May 7 (10 p.m. ET). The club’s home opener at Red Bull Arena is slated for Saturday, May 14 against the North Carolina Courage for a 7 p.m. kickoff.

At least two home games a month will be featured between May and October.

The club will be playing at a location to be determined on August 20 to take on the Orlando Pride. Additional details and ticket information will be announced at a later date.

As part of the league’s balanced framework for 2022, a significantly smaller number of contests have been scheduled during FIFA windows, allowing for fewer conflicts for the league’s most accomplished players who compete with both club and country. Several Gotham FC players are expected to earn call-ups for international competition.

Gotham FC’s full 2022 schedule can be found here. Game day promotional themes will be announced in the coming weeks.

Season tickets are on sale now. Single match ticket presale begins Wednesday, March 23 and on-sale to the general public Friday, March 25. To sign up for the pre-sale, go to Gothamfc.com/tickets.

The 2022 regular season will air across The CBS Television Network and CBS Sports Network and stream live on Paramount+. Twitch, the home for all internationally streamed matches, will also stream select games in the United States. Television details for regular-season matches will be shared in the coming weeks.­­

Gotham FC's full schedule can be found by clicking here. ­­The full 2022 league regular season schedule and more information can be found at NWSLSoccer.com.